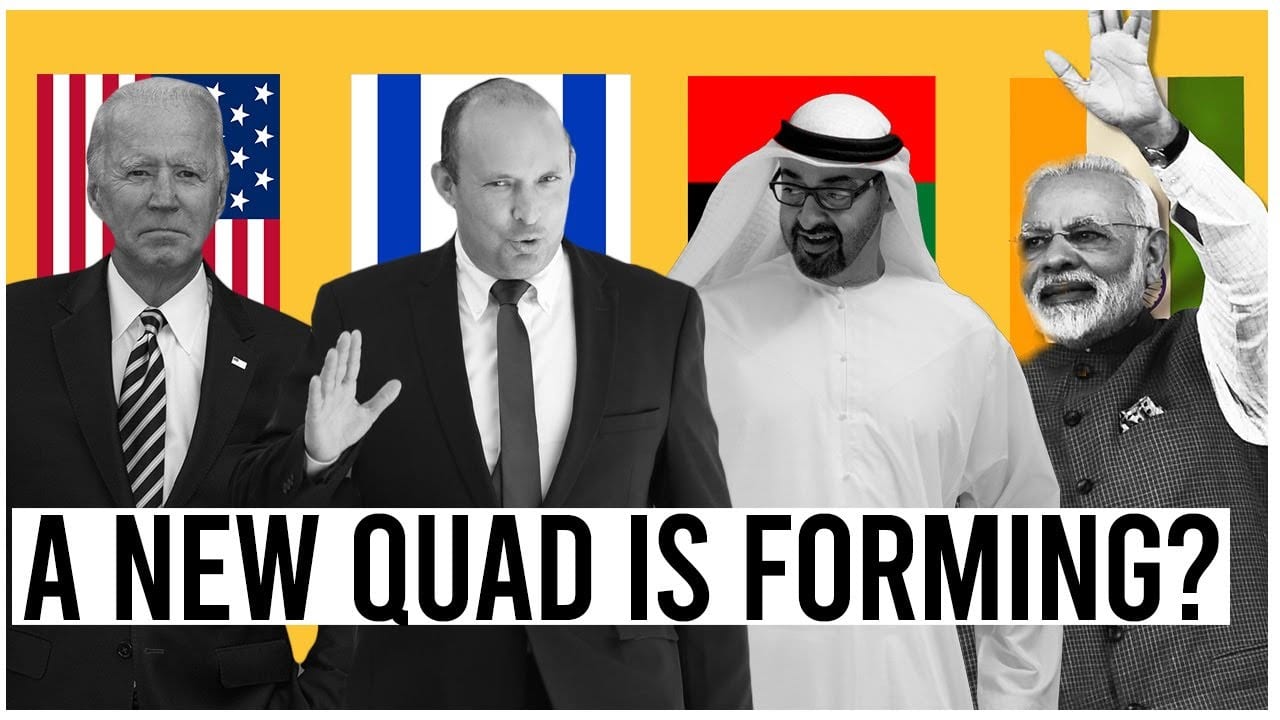 India, which is a member of the quad group, can now join another similar organization. This new organization could be formed between the US, Israel, India, and the united Arab emirates. The foreign ministers of the united states, India, Israel, and the united Arab emirates will meet for the first time on Monday evening, that is, on October 10, 2021, intending to strengthen coordination and economic partnership throughout western Asia. The meeting to be held in virtual format coincides with the visit of foreign minister S JaiShankar to Israel. Previously, India, Israel, and the UAE considered trilateral commercial initiatives following the establishment of diplomatic ties between Israel and the UAE last year; this organization can play an essential role in the west Asia region, minister of external affairs S. Jaishankar’s five-day visit to Israel during his visit To Israel on Sunday he met with members of the Indian Jewish community in Israel praising their commitment to strengthening ties between the two countries.

He compared the group to an umbilical cord that connects Israel and India. He also expressed hope that in the coming years, Indian Jews will bring the two countries even closer together. Jay Shankar particularly admired the community’s unique blend of Israeli and Indian customs, such as the removal of shoes before entering a holy building and the celebration of certain festivals. He has told the Indian Jewish community and Indologist streets that both the country share similar challenges to their societies from radicalism and terrorism. Apart from many other emerging developments on the geopolitical landscape, jay Shankar pointed out that India’s bilateral ties with Israel have taken a qualitatively new path.

In recent years, S. JaiShankar also launched a book by professor shawl Sapir; Bombay Mumbai city heritage walks Sapir, an Indian-born scholar, was a professor at Jerusalem’s famoUS Hebrew university. The book outlines an excellent way to discover the city’s old colonial architectural gems and enjoy a glimpse of the glory of the city. In the days of British rule, the publication includes 14 city walks, 15 easy-to-follow maps 123, historical architectural heritage, landmarks and sites, 850 notes and sources, and more than 1 000 photographs. During his visit, he will also be holding talks with leading academics from all over Israel’s business community leader. He will also be visiting places of historical significance to India, demonstrating its long-term presence in the region and the constructive role played in shaping the history of the region.

Minister S. JaiShankar urges Israeli companies to invest in India, describing Israel as one of India’s most trusted and innovative partners. He urged Israeli businesses, including from the defense sector, to invest in the country and take advantage of its business-friendly policies. India has been facing major threats emanating from across the border from Pakistan, and Israel is also surrounded by hostile neighbors, India and Israel. Have a joint working group on counter-terrorism, and the two countries also share real-time intelligence to deal with the menace relations between Israel and India. Have improved a lot in the last few years pm. Modi visited Israel in 2017.

This was the first visit by an Indian pm to Israel. Since then, the knowledge-based partnership between the two countries has increased. Besides this, India has also gotten some help from Israel in doing Indian projects. The two sides signed: seven packs covering areas like innovation, water conservation, agriculture, and space.