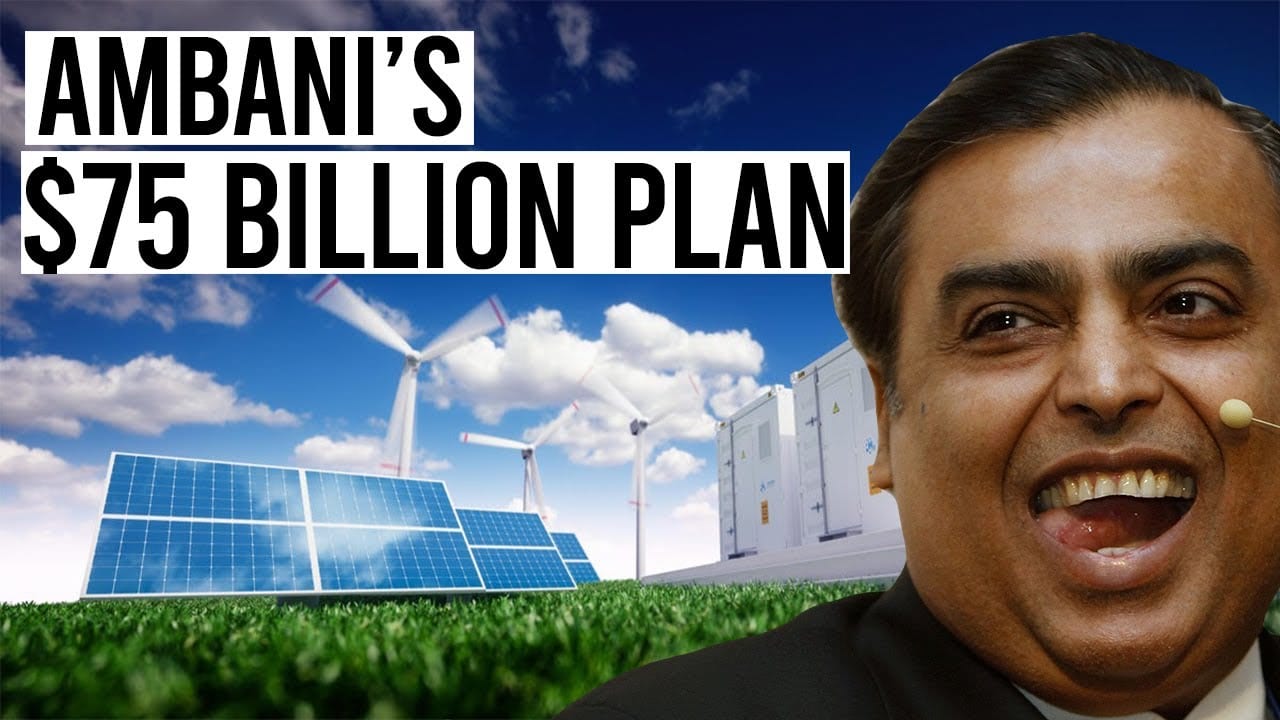 India might become a clean hydrogen juggernaut thanks to billionaire Mukesh Ambani’s ambitious drive to turn his firm reliance industries limited toward green energy. Mukesh Ambani has revealed intentions to invest 75 billion dollars in India to build a hydrogen center generating plants; solar panels and electrolyzes are among them. Green hydrogen has the potential to be a key facilitator in the worldwide transition to sustainable energy and net zero-emission economies around the world. There is enormous enthusiasm to realize hydrogen’s long-standing potential as a sustainable energy option.

What is green? Hydrogen exactly electrolysis is a chemical process that produces hydrogen, which is a ubiquitous light and highly reactive fuel to separate hydrogen from oxygen in the water.
This technique employs an electrical current. We can manufacture energy without spewing carbon dioxide into the environment. If this power is supplied from renewable sources, how is hydrogen used as a fuel in a fuel cell hydrogen gas combines with oxygen to create electricity and water vapor. Hydrogen is a viable, clean alternative to fossil fuels because it provides energy without emitting greenhouse gases. How is hydrogen produced?

The most abundant chemical element in the universe is hydrogen. Despite its abundance, hydrogen does not exist. In practical quantities is a gas. It is found nearly solely in compounds like water. As a result, industrial processes must be used to create hydrogen.
Today, 96 of hydrogen is produced directly from fossil fuels, primarily natural gas, coal, and oil. This largely relies on a carbon dioxide, releasing process known as steam. Reformation. Other ways exist, such as electrolysis, which splits water into its fundamental hydrogen and oxygen components using an electric current. What is the difference between green-gray and blue hydrogen? While hydrogen gas does not contribute to greenhouse gases when burnt, the power required to create it, whether through electrolysis or other methods, might have come from fossil fuels.

This is usually referred to as grey hydrogen, and it presently accounts for 96 of total production. Blue hydrogen combines power generated by burning fossil fuels like coal and gas with carbon capture and storage. Ccs technologies trap and store the carbon emissions released in the process and prevent them from entering the environment. Green hydrogen is produced by electrolysis, using renewable electricity provided by technology like solar panels or wind turbines, while reliance has yet to specify how much of the 75 billion dollars would be spent on hydrogen. It is the country’s largest renewable energy investment.

Other corporations like Adani enterprises, limited and state-owned energy giants, NTPC limited, and Indian oil corp have green hydrogen strategies in place. According to Bloomberg, nef the number of nations having a hydrogen strategy increased last year to 26, and planned plans from the united states, brazil, India, and china may transform the worldwide market. However, the industry is still in its early stages and has not been financially viable. India depends on the country’s billionaires to lead the way, particularly Ambani and his opponent, Gautama Adani.