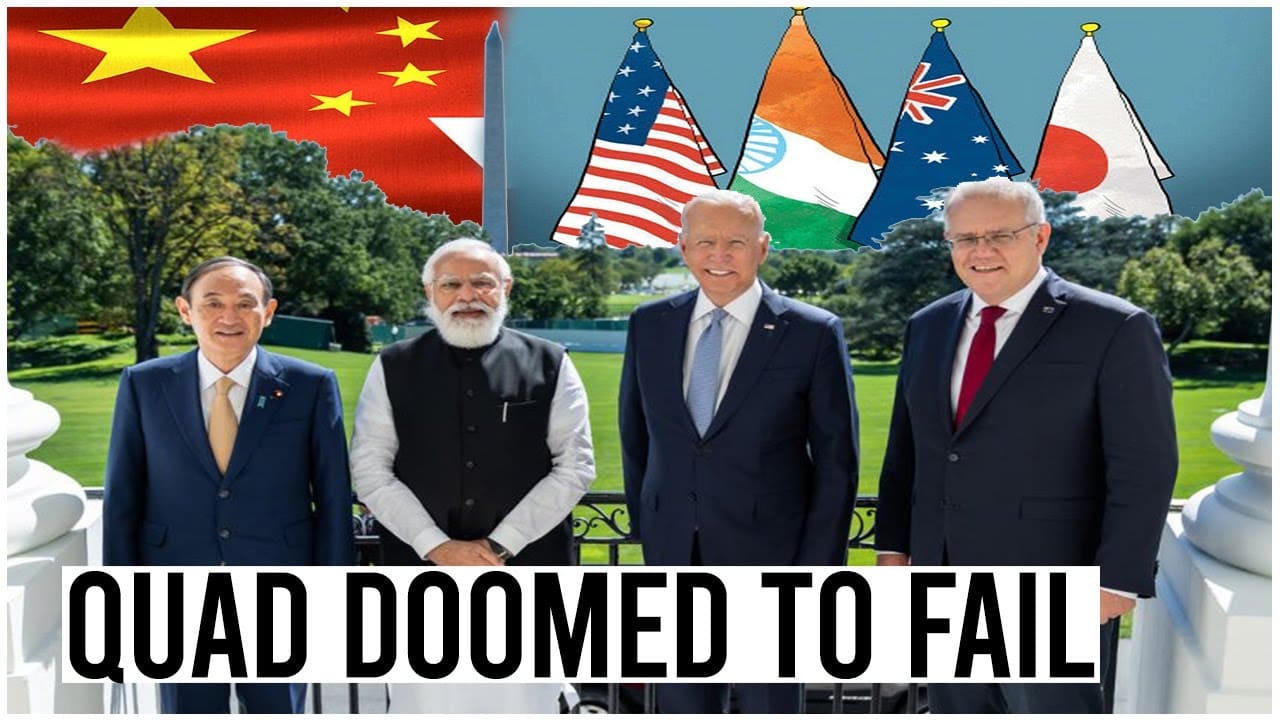 After the first summit of the quad on Friday, China has once again expressed its displeasure, claiming that this group is sure to fail. This is the first summit with the personal presence of prime minister Narendra Modi, Australian prime minister Scott Morrison and Japanese prime minister Yoshihide sugar, who attended the inaugural quad meeting at the white house, which was hosted by the US president Joe Biden. China has escalated its deadly border conflict with India, imposed a trade embargo on Australia, and increased military patrols around Japanese-controlled islands. The leaders of the three countries dealing with issues with china met with president joe Biden at the white house.
China’s increasing economic and military might wasn’t on the agenda but was intended to send a clear signal to Beijing that the u.s and its allies in the indo-pacific are serious about countering china’s global ambitions. Let’s take a look. What china said about this group meeting as the quad and orcas were mutually reinforcing a Chinese foreign ministry spokesperson, Zhao legend, seemed to attack the court group in a press conference on Friday. Zhao told reporters that China has always believed that forming a small coalition against a third country is an exclusive clique designed to sow discord between china and its neighbors.

He said this was a provocation to stability. Loving china in the region, xiao told the group would find no support and would fail. China has criticized the quad as a cold war construct, claiming that the orcis alliance will exacerbate a regional weapons race. Such an alliance will not be supported and will very certainly collapse. Zhao defended china’s south china sea claim saying china is the creator of international peace, a contributor to global prosperity, and the keeper of world order.

While Beijing expressed its displeasure with the quad, its envoy in New Delhi offered advice on bilateral ties in the midst of the present military stalemate between China and India in eastern Ladakh, Chinese ambassador; the sun was dang stated that while peace and harmony along the border with India Are essential, but it is not everything in bilateral relations. He stated that the existing state of affairs was plainly not in the best interests of either party. The summit of the quad was designed to send a strong signal to Beijing. The leaders of quad made it clear that their approach to china is one of competition and not one of the conflicts, and they are not interested in seeking a new cold war. But some defense experts worry that the conflict will escalate into a cold war, especially if China continues to challenge Taiwan’s sovereignty, moves to expand its control of the south china sea, and deploys boats in the seas surrounding the Japanese administered senkaku islands.

It’s unclear if Friday’s meeting will result in any new agreements, but analysts believe the four presidents will be able to work together on issues ranging from supply chain issues to the covid19 epidemic areas where china is already wielding economic and political weight. However, it is apparent that china’s recent aggressions against India, Japan, and Australia, as well as its threats against Taiwan and crackdown on hong kong, have created a new sense of urgency and united purpose among regional leaders.