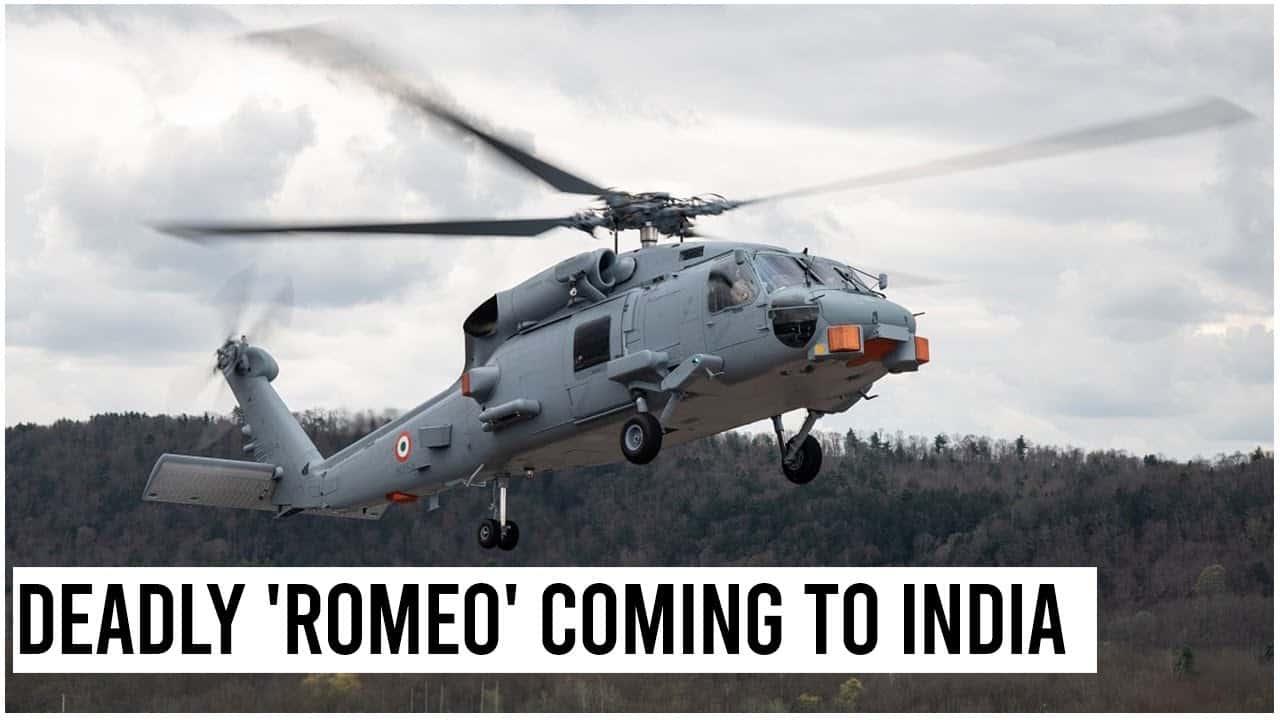 The Indian navy is going to receive the fourth generation MH-60rs romeo’s helicopters; the pilots and ground crew from the Indian navy are already in the u.s undergoing training. They will return with the new MH-60rs and, according to the sources, the first three out of 24 MH-60r seahawks are expected to be delivered next month. For several years, the Indian navy has been operating advanced warships, including the made-in-India Kolkata class destroyers, without any modern anti-submarine helicopters on board, the lack of which has been considered a glaring operational deficiency. At a time when China has markedly stepped up its presence in the Indian Ocean region by operating a full-scale base in Djibouti in the horn of Africa, now the Romeo helicopter will boost the capabilities of the Indian force to knock out the enemy.
Regarding the h-60 airframe variants designated with the m prefix range from helicopters capable of performing multiple utility missions to those explicitly designed to support special operations forces MH-60r, the MH-60r is known as the world’s most advanced maritime helicopter, and for a good reason. There are already more than 300 of them operating worldwide; the helicopters are designed to operate from frigates, destroyers, cruises, and aircraft carriers. The primary missions of the Romeo are anti-surface and anti-submarine warfare. According to Lockheed Martin, secondary missions include search and rescue vertical replenishment. Naval surface fire support, logistics, support personnel, transport, medical, evacuation and communications, and data relay, the Romeo helicopter is equipped with the following features: spotting underwater enemies, detecting and engaging enemy threats, sharing information with other assets to defeat the threat, switching missions with ease living on ships and Operating from shore multitasking lifting heavy cargo surviving the most extreme weather, when was the deal approved in 2020, the deal got the stamp of approval by the cabinet committee on security last year, in February, before the former u.s president Donald trump arrives in New Delhi, what is Indian navy going to get according to the contract.
The package includes spare parts, air-to-ground weapons, support and training of pilots and ground crew. These helicopters will provide a vital capability for the Indian navy in the indo-pacific region. These helicopters are going to be loaded with torpedoes and missiles, and these missiles are going to be used in anti-submarine roles. As reported earlier, these helicopters will replace the British sea king helicopters. The defense acquisition council had put its stamp of approval in 2018.
I in the sky, combined with the p8i, which the Indian navy is already operating, the Indian navy’s submarine hunting will grow stronger when combined with these helicopters and the sea guardian drones, which are also being operated by the navy modifications. The us-based Lockheed martin company will be modifying the helicopters as per Indian specifications. These modifications will be carried out in Oswego, new york, and Stratford, Connecticut, based facilities of Lockheed martin. What India is going to receive are three helicopters that were meant for the u.s navy, and it is a naval version of the Sikorsky uh-60 black hawk and a member of the Sikorsky s70 family. The modification will include the folding main rotor and the hinged tail, which will help in reducing the footprint on board the ships.
These helicopters have the capability of handling anti-submarine warfare and anti-surface warfare operations. They can also be used in search and rescue, as well as combat search and rescue naval. Special warfare insertion, vertical replenishment, and medical evacuation.