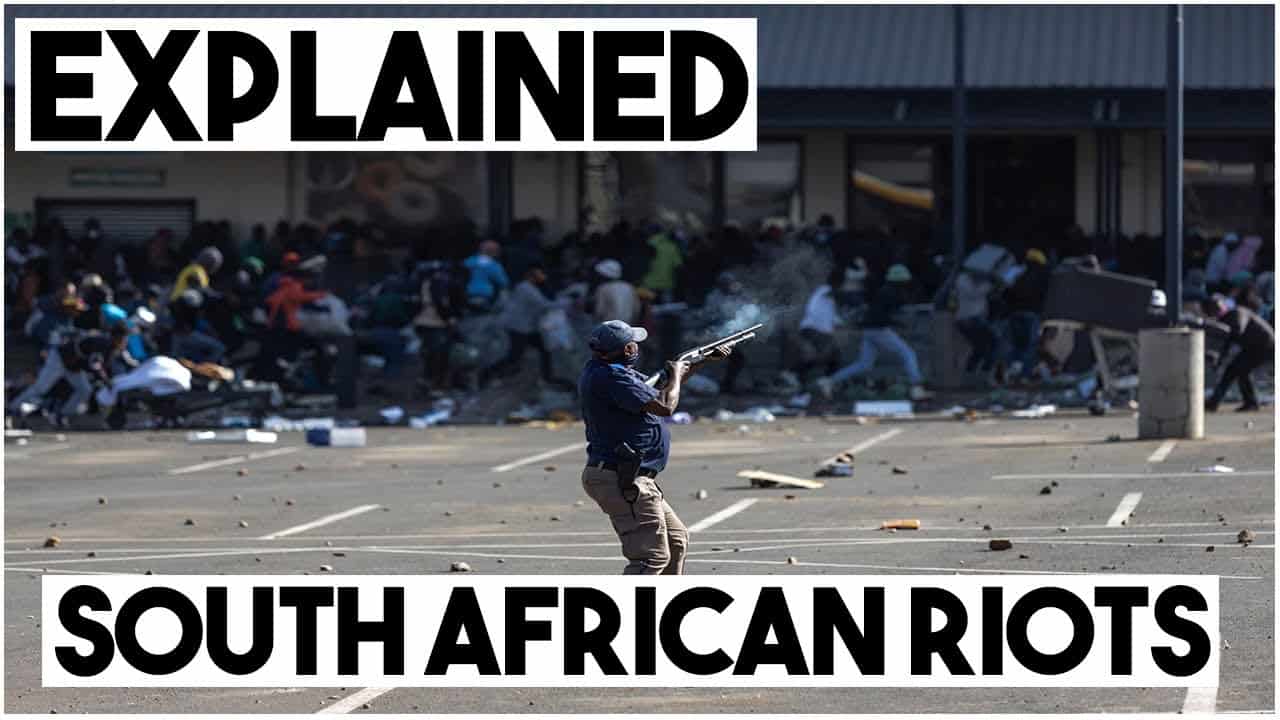 Currently, South Africa is witnessing the worst violence and civil unrest; violence rocked the streets of Zulu, natal, and nearby areas. A week ago, after a court ruled the arrest of 79-year-old former president Zuma, Jacob Zuma’s arrest triggered plunder and violence in the country’s two most populous provinces. South African president Cyril ramaphosa said that the unrest was a coordinated campaign to start an insurrection against the country’s democracy through sabotage of the economy and critical infrastructure. Why was Jacob Zuma arrested?

Mr. Zuma served as president of South Africa from 2009 to 2018, and during that time, allegations of corruption in the government and the ruling African national congress were increased; after his resignation, the government-appointed commission started to investigate some of those allegations against him.

But Mr. Zuma repeatedly refused to testify, despite an order from south Africa’s constitutional court; Zuma was charged with allegations of taking bribes for government contracts, allowing influential business people to choose ministers for his cabinet and other key positions. Some allegations also mentioned that he misused government funds for personal gains. However, he has strongly denied any wrongdoing. Zuma has denied all charges and claims himself to be innocent. The unrest reportedly began over the court’s ruling to arrest and jail the country’s former president, Jacob Zuma, and protests against his arrest erupted into widespread violence and looting.

How widespread is the unrest in South Africa, Mr. Zuma’s home region, KwaZulu-natal, as well as Gauteng, which includes South Africa’s economic capital, Johannesburg, and political capital? Pretoria has seen the most rioting, and looting mobs have targeted shopping malls. Factories and warehouses clashed with police, which has led to the death of as many as 212 people and over 1700 arrests, many of which are located in impoverished townships where residents have been severely impacted by three waves of covid19 infections and government-imposed lockdowns. Even some residents formed vigilante groups to protect their communities. How has president ramaphosa responded?

Mr ramaphosa stated that the violence was instigated and that the government would not tolerate anarchy and mayhem to keep the violence in check. Mr ramaphosa, on July 12, deployed south Africa’s army to back up overwhelmed police and other law enforcement agencies. Currently, most of Gauteng is calm, and residents from other provinces are shipping food and other necessities to KwaZulu-natal, where some villages have been shut off from supplies due to roadblocks and instability. Thousands of volunteers helped clear up strewn streets and demolished shopping malls, allowing some damage to be repaired. However, the situation in some parts of KwaZulu-natal remained difficult, with approximately 1 500 additional incidents reported in the 24 hours leading up to July 16.

Is there a connection between the riots and the pandemic? Yes, there is a connection. The looting and violence are unsurprising in a country with the kind of social ills South Africa faces. For example, 43 of those between the ages of 15 and 65, who are able to work, are unable to find work. Approximately two-thirds of the unemployed are under the age of 34.

They are high school dropouts with no skills to sell in the labor market, and the coronavirus pandemic has taken a heavy toll on southern Africa. It is currently in the middle of the third wave of covid19 infections, which has already exceeded the previous two waves since only about 2.5 percent of its 60 million people have been fully vaccinated against covid19, and many people continue to become ill and die. Government lockdowns meant to prevent virus transmission instead pushed the economy into its deepest recession on record last year, causing increased hunger and poverty and driving up the unemployment rate, which stood at 33 at the end of march. Politics was the catalyst, but the central issue here is social and economic gripes and dissatisfaction with the state.
Many looters claim that they are stealing to support their families and put pressure on a government that has failed to provide for them.