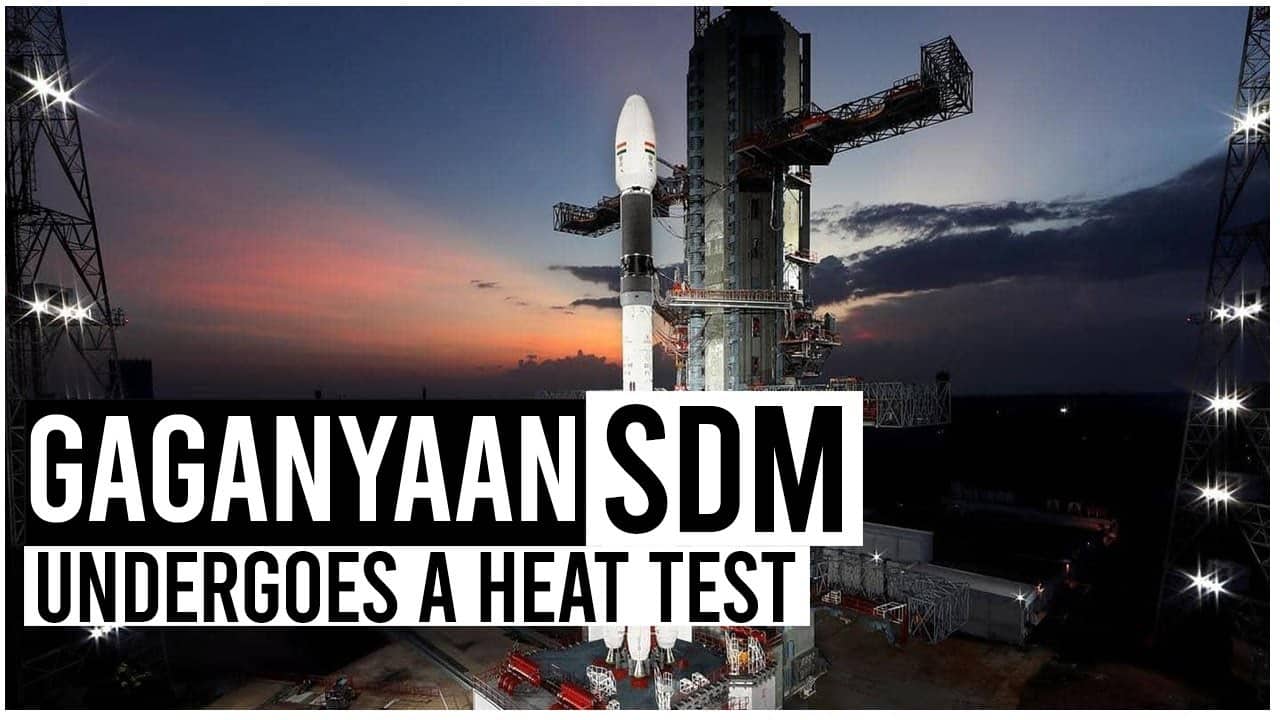 The indian space agency successfully completed the first hot test of the system demonstration model of the gaganyan service module propulsion system. According to the indian space research organization, the hot test was conducted for a duration of 450 seconds at the isro propulsion, complex iprc, in mahendragiri tamil nadu. According to a statement issued by the bengaluru-based space agency, the system performance met the test objectives and was a close match with the pre-test forecasts it further stated, a series of hot tests will also be conducted to simulate various mission conditions, as well as off nominal conditions. According to isro, the service module is part of the gaganyan orbital module and is positioned below the crew module and remains attached to it until re-entry. The service module propulsion system is an unified by propellant system, comprised of five 440 newton thrust engines and 16 100 newton reaction control system thrusters using mon3, that is mixed, oxides of nitrogen and mmh monomethyl hydrazine as oxidizer and fuel respectively.

The sdm, which consists of five 440 newton engines and eight 100 newton thrusters, is expected to test the propulsion systems capabilities on the ground. A new test facility is also being established at iprc mahendragiri for testing the sdm. On july 14th. The space agency had conducted the third long duration, hot test on the liquid propellant vicus engine to launch the gaganyan mission. Elon musk, the founder of aerospace manufacturing giant spacex, had also congratulated isro for successfully conducting the test.

According to isro, the test of the vickis engine was done for the core l 110 liquid stage of the human rated gslv mk3 vehicle as part of the engine qualification requirements for the gagonyan program. The objective of the gaganyan mission is to demonstrate isro’s capability to send humans to low earth orbit on board an indian launch vehicle and bring them back to earth.