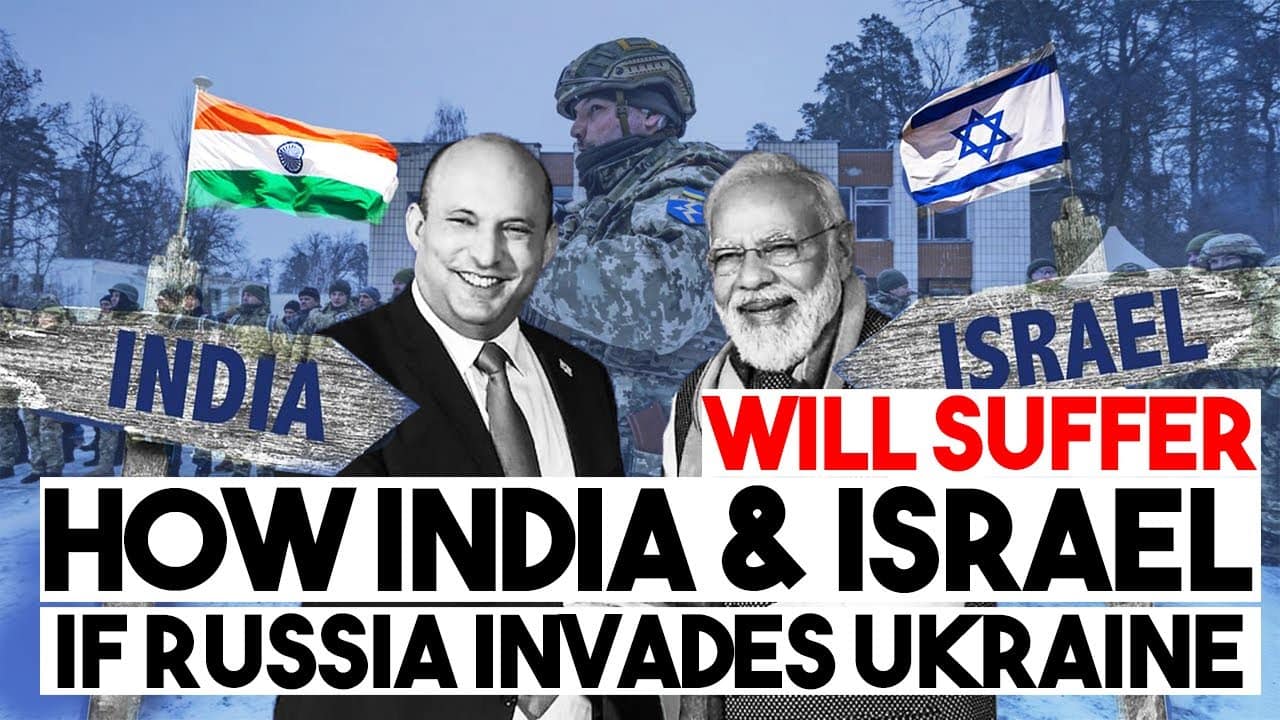 Any conflict, putting us and its European allies against Russia, will have a global impact. The Kremlin appears to be preparing for war by sending additional military equipment, medical personnel, and blood to the front lines. There has yet to be any progress in diplomatic negotiations between Russia and the united states and its allies. Nato countries are also deploying soldiers to their eastern flank countries, inclRomaniaomaniPolandpoland, with the united states committing an additional 3000 troops. Some observers have called the situation.

One of the most intense since the cold war is how India and Israel will suffer if Russia invades Ukraine. India is caught in a diplomatic dilemma due to the Ukraine conflict. India has kept a careful silence as the rest of the world watches for a possible Russian invasion of Ukraine. New Delhi is in a problematic situation due to the issue. India’S connection with Russia dates back to the cold war’s early years, and it doesn’t want to disturb those ties by getting caught up in it.

But an invasion of Ukraine would be disastrous for India’s strategic interests as a partner of Moscow and Washington. India will either have to choose sides or be prepared to cope with discontent on both sides. According to u.s president joe Biden, any military conflict will result in sanctions against Russia because India has ink deals with Moscow for the S-400 missile system and AK-203 assault weapons. It may face secondary measures such as carter on the s 400 contracts.

India is hoping for a remission of u.s sanctions. On the other hand, India has stated that it pursues an independent foreign policy that includes defense, acquisitions, and supplies directed by its national security interests. Both the delivery of the system and the possibility of a presidential waiver will be complicated by the conflict because of the Ukraine situation. China is no longer the most important country on the global radar.

The world’s focus has shifted from china to Russia, India, and China. Now have the worst diplomatic ties, China and India have sent tens of thousands of soldiers and advanced military equipment to their disputed border, as troop deployments in the region reached the highest level in decades, the two nations already deteriorating ties demonstrating that Chinese president xi jinping’s, confrontational Stance is diametrically opposed to Deng Xiaoping’s low-profile approach to foreign affairs. Some Chinese social media users have speculated that if tensions in Ukraine rise, Beijing will take the chance to reunite Taiwan with the mainland, as the united states and other nations threaten to impose sanctions on Russia over the Ukraine crisis; Russia’s elites have already reduced their reliance on The u.s led financial system turning to china for access in 2021, bilateral trade between Russia and China broke all prior records. According to the Chinese ministry of commerce, china’s trade with Russia increased by 35 percent year-on-year to 146.

With eighty-seven billion dollars in 2021, Russia will be china’s largest source of energy imports in 2022, accounting for most of its power imports and the second largest source of crude oil and coal imports. Moscow is now more reliant on china than it has ever been. India has announced a diplomatic and political boycott of the Olympic games, while Putin, central Asian presidents, and Pakistan pm Imran khan are all in Beijing to stand in solidarity with Xi Jinping. As a result of the Ukraine issue, Russia will reduce the gits’ oil supply. Raising energy costs, oil prices have risen 14 in a month, passing 90, and some believe they might reach 125 a barrel.

If the crisis is not handled like India, as tensions between Russia and Ukraine rise, Israel has been keeping a close eye on the situation. The deadlock has left tel Aviv in a vulnerable position as it strives to strike a balance between its complex relations with Moscow and Kyiv, backed by the west. Most Israelis are unaware of how closely the daily others are already intertwined with Ukraine. According to the us department of agriculture, Russia and Ukraine are critical players in the global grain market, with their wheat exports accounting for 23 percent of world commerce in 2021 and 22.
The Ukrainian turmoil, according to experts, will drive up worldwide wheat prices, and food shortages – if not famine, might occur in these nations, causing public unrest.

Israel faces an apparent threat from hungry, unstable neighbors that will put Israel under even more financial strain. Ukraine accounts for about half of Israel’s grain and cereal consumption. A significant portion of Israel’s corn and corn-based goods consumption is also from Ukraine. Israel buys enormous amounts of barley, rapeseed, and soybeans from Ukraine. If Russia seizes key Ukrainian ports like Odesa and Mariupol, agricultural and metallurgical exports will be halted.
Hot rolled steel, steel bars, Ferro, alloy pipes, billets, metal constructions, lumber, plywood, and wood-based panels. A total of 120 million dollars in imports are from Ukraine, and all are vital to Israel’s construction industry. It will be exceedingly difficult to replace ports, hydraulic structures, military installations, airports, high-rise buildings, industrial facilities, tunnels, and railway lines. Furthermore, the pricing would be less beneficial for Israeli importers and delivery. Logistics will almost certainly be more costly.

Ukrainian authorities frequently link the geopolitical situations of the two nations to seek Israeli political and diplomatic support in their struggle with Russia. Stating things like we have difficulties with our neighbors and we want the world to understand us. Israel recognizes that its closest partner is the united states. Still, Russia is the dominant influencer in the middle east. Jerusalem speaks to Moscow to continue its war between war’s campaign against Iran and Hezbollah in Syria, Israeli resistance to the nato bombing of Yugoslavia in 1999, as well as Israeli backing for IMF loans to Russia, strengthened relations between Israel and Russia in the 1999 Israeli general election, Russian president Yevgeny Primakov remarked that if he were an Israeli, he would vote for the incumbent. Prime minister Benjamin Netanyahu, Israel has declined to supply weaponry to Ukraine. Despite the united states and its allies doing so, Israel, AU.

Ally is said to have prohibited baltic states, such as Estonia, Latvia, and Lithuania, from receiving its armaments. According to experts, Israel-Ukraine relations are eclipsed by Israel’s connections with Russia as tensions between Russia and Ukraine. Over their increasingly violent border issue rise, Israel should show extreme prudence and moderation for India. The Ukraine crisis is one of India’s most pressing foreign policy challenges, with the potential to have far-reaching political and economic consequences. About half of India’s overall military imports come from Moscow. India relies on Russia to service its weapons as well as produce cooperative goods such as the Brahmos missile.
As a result, New Delhi could not afford to forsake Russia if the rest of the world agreed that the Russians should withdraw missiles and warplanes capable of dropping nuclear bombs on us from their backyards. Why should the rest of the world not support Russia right now? Sovereignty alone is not what matters. The integrity of the world’s power structures matters as well.