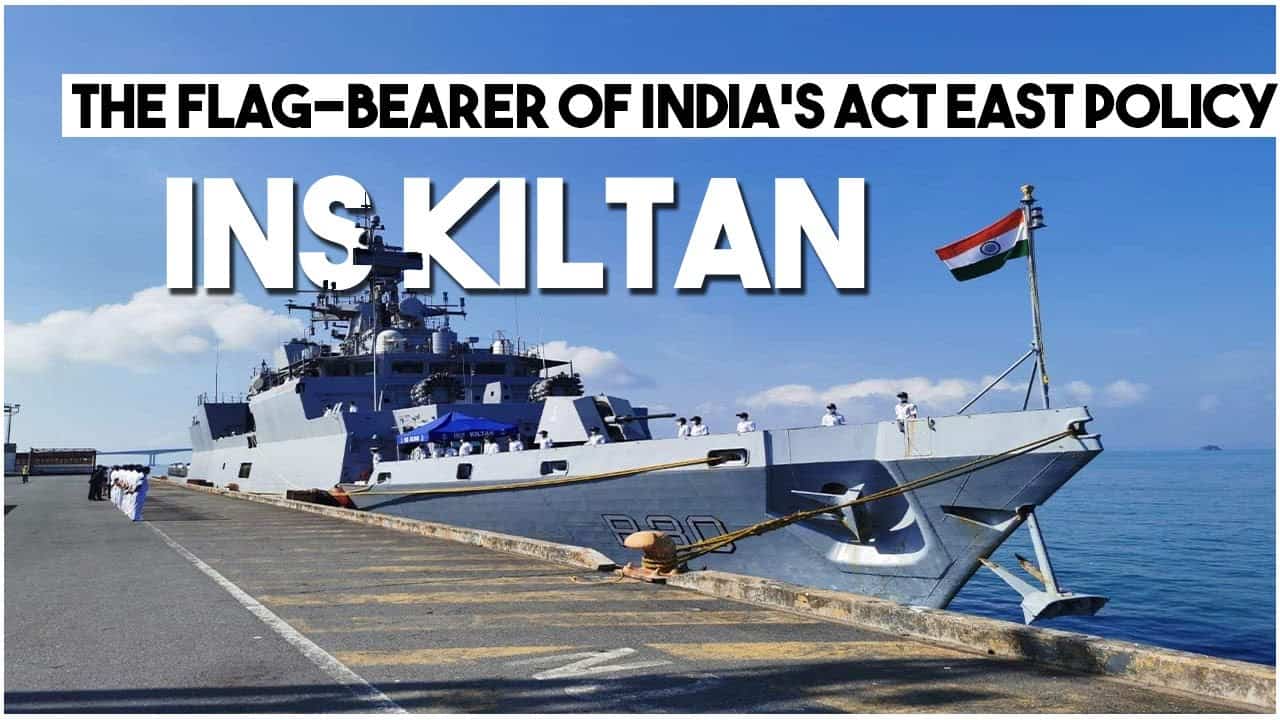 The Indian navy INS kiltan halted in the Philippines on July 3 as part of its indo-pacific deployment. This followed a successful military exercise in the east china sea between an Indian warship and a South Korean naval vessel. The INS kiltan has been a key component in India’s act: east policy since its induction into the Indian navy in 2017, with critical shifts in east Asia’s regional geopolitical landscape. The kiltan has become an important component of India’s strategic engagements in east Asia, focusing on naval cooperation and maritime security. At a time when china’s assertive moves and growing economic and geopolitical influence have impacted maritime sub-regions in the pacific.
The INS kiltan has proven to be a formidable element in India’s strategic outreach in the seas.

Moreover, in the last three years, china’s presence in the south pacific has grown so vast, and its behavior in other regions of the world has been so assertive that alarm bells have begun to ring in the capital cities of the south pacific’s long-standing partner maritime sub-regions. The pacific has been touched by china’s assertive activities and expanding economic and geopolitical influence; INS kiltan is an anti-submarine warfare stealth corvette designed and indigenously developed in India that was commissioned into the Indian navy in 2017, under project 28, commodore class by defense minister Nirmala sitaraman. After the Shivalik class, Kolkata class, and sister ships, INS komorta and INS khadmat INS, kiltan is the latest indigenous warship in the Indian navy’s arsenal where a variety of weapons and senses have been integrated to offer a single operating image such as heavyweight torpedoes, anti-submarine warfare, rockets missile Decoy rockets, an advanced electronic support measure system and a highly advanced bow mounted sonar and air surveillance radar. Among many others.

The ship derives its name from one of the islands in the ammanidivi group of the strategically located lake Lakshadweep and the minicom group of islands. The INS kiltan is part of the Indian navy’s eastern naval command, symbolizing India’s act: east policy. It depicts the Indian navy’s expanding capacity and the importance of making India in the defense sector. It’s India’s first major warship to have a superstructure of carbon fiber composite material, resulting in improved stealth features, lower top weight, and maintenance costs. It also emphasizes the position of India in the greater indo-pacific as a reliable ally and net security provider.

It also highlights the importance of India’s strategic and foreign policy computation of the Southeast Asian countries; for example, in 2020 INS, Milton’s activities gained new momentum as part of the mission, Sagar iii, India’s humanitarian aid and disaster relief mission established to assist friendly foreign countries during the ongoing Pandemic and a series of natural disasters in southeast Asia, the INS kiltan and INS Sahyadri made a port call in Manila on October 23, 2019, while operating in the south china sea.

For several weeks. The INS kiltan also made port calls in key Southeast Asian countries, such as Malaysia, Thailand, and Cambodia. These engagements reflect India’s desire to strengthen its strategic partners throughout the region in the context of its activities in east Asia. The year 2019 was significant for the INS kiltan; while japan was dealing with the devastation and turbulence caused by typhoon hagabis, the Indian navy dispatched the INS kiltan and the INS Sahyadri to assist the INS Kilton’s successful current operations in east Asia to demonstrate the importance of India’s Make in India initiative and its act east policy?

This has positive implications for the Indian navy’s role, which has made concerted efforts to strengthen the security and stability of waters and coastal regions throughout the greater indo-pacific. Despite china’s moves, which have rapidly increased its profile and influence in the south pacific, you.