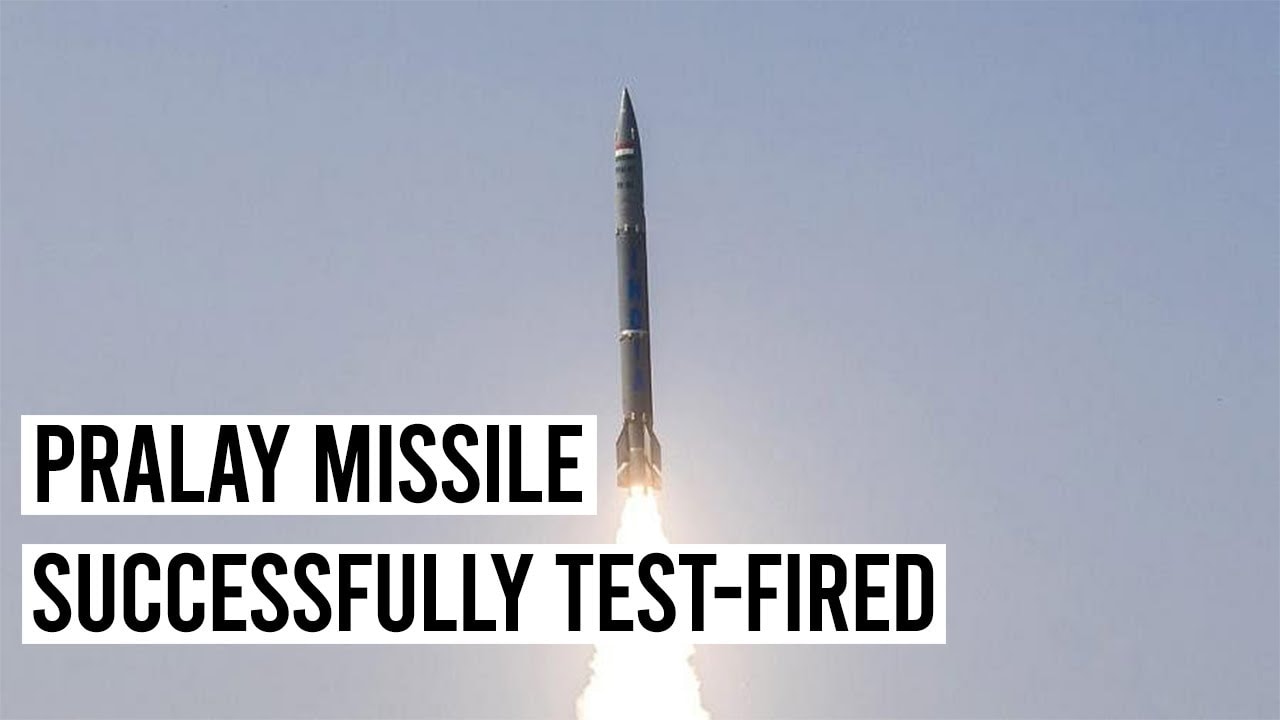 Pralia is a tactical missile, a solid fuel surface-to-surface guided short-range missile. The project was approved in 2015, with a budget of 60 million united states dollars. It has been in the works for some time, and finally, on Wednesday, the maiden flight was completed. It’s a surface-to-surface missile. That’s almost ballistic. A quasi-ballistic missile, also known as a semi-ballistic missile, including anti-ship ballistic missiles, is a type of missile with a low trajectory or is largely ballistic. Still, it can perform maneuvers in flight or change direction and range.

Unexpectedly. The advanced missile was developed to defeat interceptor missiles, indigenously created and produced by drdo as a tactical missile system that can be used in theater-level conflicts similar to the Russian 9k 720 Iskandar and the Chinese df-12m20 short-range surface-to-surface tactical missiles. The missile launched from the apj Abdul kalam island around 10 30, met all the mission objectives, and all the sub-systems performed satisfactorily. All the senses deployed near the impact point across the eastern coast, including the downrange ships, tracked the missile trajectory and captured all the events. The drdo said in a statement the missile is based on the Prithvi defense vehicle exo-atmospheric interceptor missile, which is capable of defeating enemy weapons at high altitudes praly, which is much faster and more precise, has a strike range of 150 to 500 kilometers.

It can carry a payload of 1000 kilograms if the payload is cut in half; the missile can reach a target up to 500 kilometers away. Since most of India’s short-range ballistic missiles are used for strategic strikes, the development of tactical prally was required after the army sought. A 500 kilometers range srbm capable of carrying a sizeable payload. The Brahmos supersonic cruise missile is currently the army’s only means of striking targets at less than 500 kilometers.