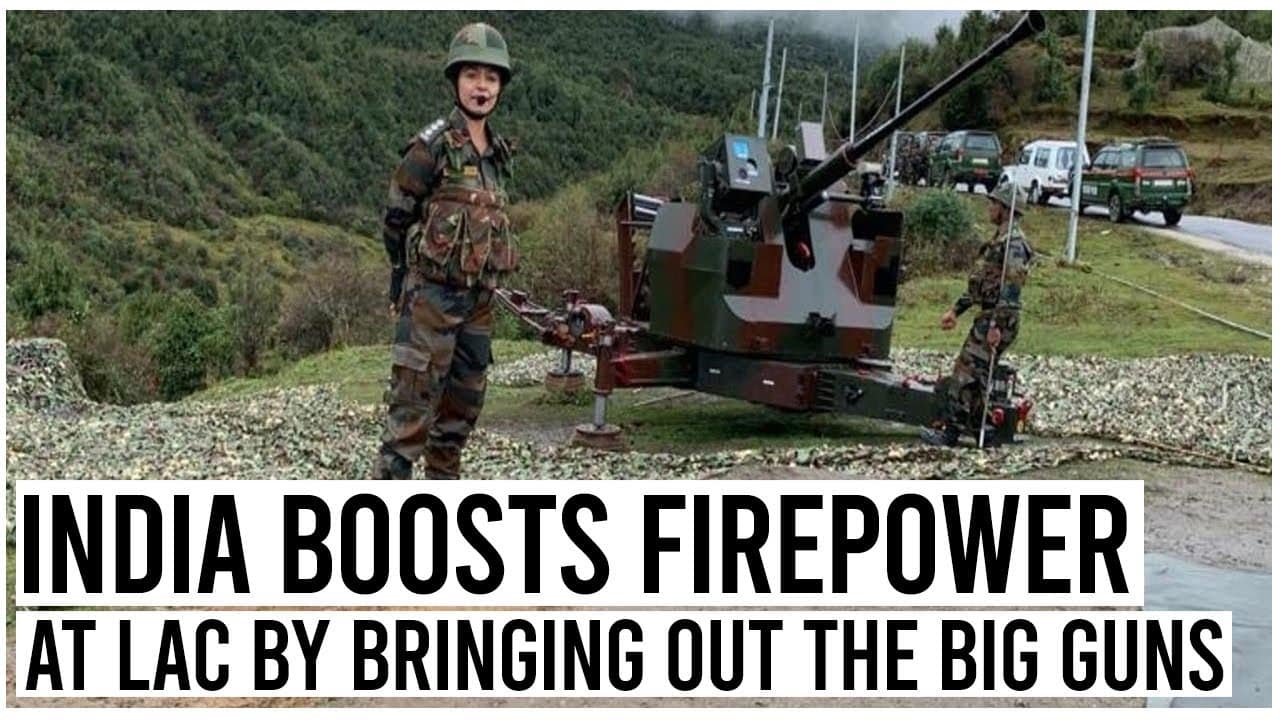 Amid heightened tensions with china, the Indian army has increased the deployment of air assets, including uncrewed aircraft drones near the indo-china border in Arunachal Pradesh. Also, the defense equipment has been deployed at Bum La, the border meeting point between India and china along the line of actual control in the twang sector of Arunachal Pradesh. While China is constantly boosting its presence along the lac, India has also stepped forward with complete preparedness to counter any threats. It is important to note that china claims to wang as a part of south Tibet, which India has consistently rejected for decades, and its geographical threats into Ladakh Sikkim Arunachal Pradesh have continued to escalate throughout the years and have put India under additional pressure. However, the involvement of the Indian military forces in such incidents has enhanced the nation’s standing on a worldwide scale, underlining their significant contributions to the country’s security.

Tawang is one of the most strongly fortified districts along the 3488-kilometer lac with china, which it claims is south. Tibet might be the next target after eastern Ladakh; India brings out the big guns to boost firepower at lac, according to top sources. The army is well positioned to hold the line with a very high density of troops, a robust monitoring apparatus, and high volume armament, ranging from the old but reliable 105 millimeters field guns. India has deployed an upgraded 1960s vintage air defense gun to take on hostile UAVs, new ultralight howitzers, sets of new mortars, and modified Boforce guns. This comes along with the Indian army’s increased focus on boosting its surveillance capabilities at the lac, including deploying a variety of uncrewed aerial vehicles, as well as indigenous and modern technology for added vigilance at the borders and a significant focus on developing infrastructure, such as roads, bridges, Air bases, tunnels and habitat in this region – l-70 air, defense guns, as per the defense sources.

The first regiment of the upgraded version of l70 air defense guns of the 1960s vintage, backed by flycatcher radars, have been deployed into wong forward locations. The upgraded l70 air defense guns can take any enemy, drones or helicopters, or even aircraft flying at a low range. The new upgraded guns are comparable to all modern gun systems available worldwide. According to army offices, the vintage air defense weapons, which were the mainstay of gun systems with army air defense, have been modernized indigenously to become modern equipment with better target acquisition and automated target tracking capabilities in all weather situations. They currently have high-resolution electro-optical sensors, including daylight television, thermal imaging cameras, laser rangefinders, and muzzle velocity radars to improve firing accuracy, modern m 777, ultralight howitzes, the m triple seven ultra light howitzes inducted in November 2018. It has been deployed all along. The lac; the m777 is a 155-millimeter 39-caliber towed artillery gun and weighed just four tons.

India has contracted 145 m triple seven guns from bae systems, of which over 75 had been delivered. Three regiments have been deployed, and the fourth regiment of the ulh is also expected to be deployed in the region. Soon they are designed for steep terrain and weigh around four thousand two hundred kilograms apiece. According to defense sources, over three hundred weapons were being upgraded by the government, owned by Bharat electronics limited. Similarly, the Swedish 155 millimeters Boforce weapons, integrated into the Indian army’s artillery regiment in the mid-1980s, are still in use in the depths near the lac.

In Arunachal Pradesh, an army officer said the guns deployed had been upgraded with the shakti system, which is an integrated fire control system. The range of the l70 guns is restricted to just about 3.5 kilometers, but they could also be an effective counter against drone swarms in the future, with predictive firing. The long-range firepower comes from the boforce, with a strike range of 24 to 30 kilometers and m, triple seven howitzers, 30 to 35 kilometers. The equipment has been deployed at the forward locations of Tawang, one of India’s most heavily defended regions in the eastern sector.

The Indian army has stationed many troops in the area at an altitude of more than fifteen thousand feet which have remained at the lac, despite temperatures already falling to 3 degrees Celsius, which will drop to 25 degrees celsius as winter approaches.