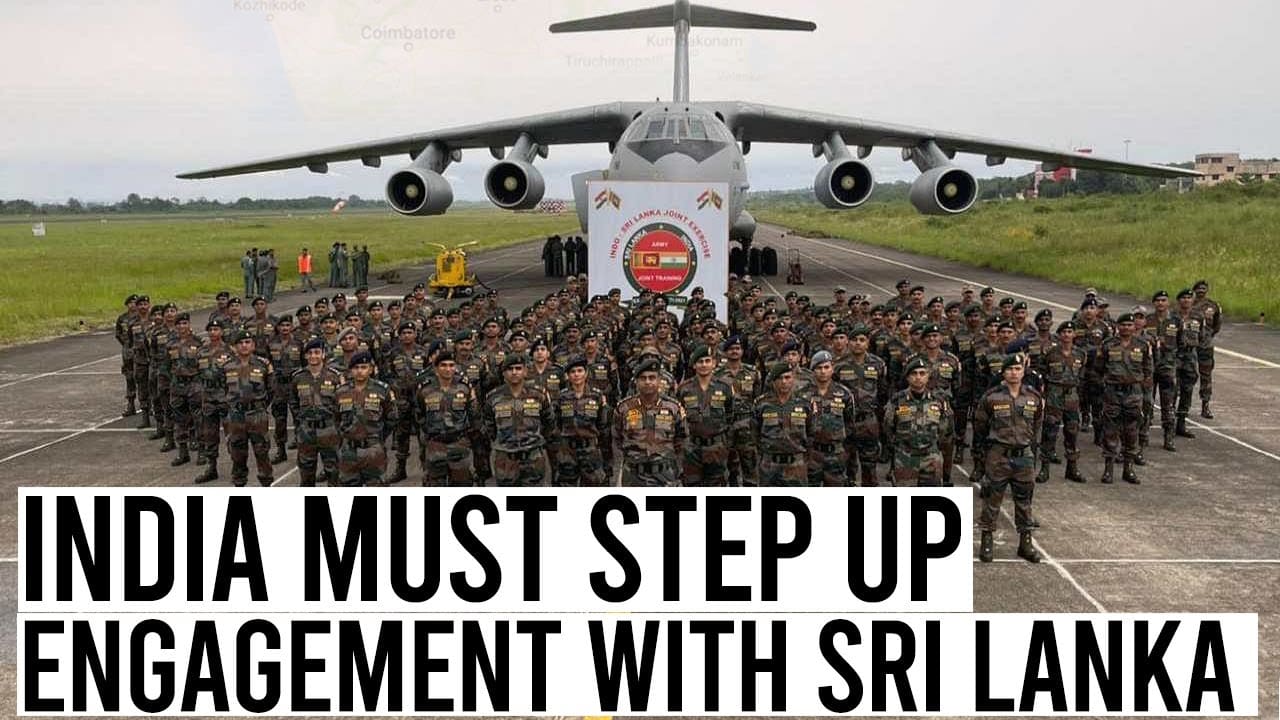 A permanent place presence in the Indian Ocean is a source of concern to India because China has been expanding its presence in the region through Sri Lanka for the past decades. Sri Lanka has consistently sidelined India from its policy priority. For example, it reversed its decision by canceling a trilateral agreement made in 2019 between India, Japan, and Sri Lanka for the collaborative development of the Colombo eastern container terminal, which was very certainly planned by china. However, Sri Lanka offered India the west container terminal for development in Liu. Second, on May 19, 2021, the Sri Lankan parliament enacted the Colombo port city economic commission bill with no monitoring from the Sri Lankan government.

China would receive an extra 269 hectares of reclaimed seafront outside the Colombo port in the country’s southwest. India’S security stands threatened if the Chinese make further inroads into the island nation, and this must be prevented. However, both India and Sri Lanka are attempting to repair their ties. Perhaps the immediate help offered by India in the aftermath of the container ship x, press pearl carrying 25 tons of nitric acid catching fire off the coast of Colombo on may 19 must have served as a wake-up call to president got ta buy a raja paxa regarding The importance of friendly relations with India recently Sri Lanka rejects Chinese fertilizer and imports. Nano nitrogen liquid fertilizer from India reflects the island nation’s rising frustration with china’s increasingly belligerent behavior.

The Colombo media mentioned a bad deal on organic fertilizer imported from china after the department of agriculture discovered many hazardous bacterial species in the imported cargo. Following this, the department of agriculture blocked all Chinese fertilizer imports, and the agriculture ministry suspended the 63 million dollar contract awarded to the Chinese company as Sri Lanka faced a serious fertilizer shortage. Following the restriction on the import of chemical fertilizers, India stepped in to expedite the delivery of nano fertilizer to the country. The entire situation upset China, and the embassy in Colombo condemned the national plant quarantine services test. In this context, a recent Sri Lankan news highlighted china’s real-world behavior with smaller nations has been coercive and invasive.

The organic fertilizer scandal reveals a darker aspect of Sri Lanka’s ties with china. Sri Lanka is also hoping for a 500 million credit line from India to cover its crude oil purchases. It comes in the middle of Sri Lanka’s acute foreign exchange crisis after the pandemic hit the nation’s earnings from tourism and remittances. The nation’s GDP declined by a record 3.6 in 2020, and its foreign exchange reserves fell by more than half in one year to Two.

Billion united states dollars in July. This has resulted in a nine devaluation of the Sri Lankan rupee versus the u.s dollar. In the last year, making imports more costly. Against this backdrop, Sri Lanka is expected to finalize India’s long-standing pledge to establish oil tank farms in Trinca Malay for strategic energy reserves.

This topic came up during India’s foreign secretary harsh Vardhan shingler’s three-day Visit to Colombo in the first week of October. The Trincomalee harbor is one of the deepest natural harbors in the world, which was developed by the British during world war ii. In 2003. Sri lanka leased the oil tank farm to india for the purpose of upgrading and commissioning 99 tanks over a 35-year period for an annual payment of one hundred thousand dollars, but the project did not progress as planned and over a decade later during prime minister narendra modi’s Visit to sri lanka in 2015, the two nations reopened negotiations and drew closer to a road map in 2017, which included a joint venture to carry out the project, but did not finalize the contract due to objections from oil workers, unions and now the talks had resumed On new terms established by sri lanka, which included collecting the tanks that were still leased but were primarily unused and to be brought under the control of the state fuel entity salon petroleum corporation, both india and sri lanka appear to be eager to improve bilateral relations, which Have taken a pounding in recent decades, the newly appointed sri lanka high commissioner to india also mentions in its strategy document about strengthening bilateral partnerships to a strategic level, increasing foreign investment, improving connectivity and extending strategic collaboration in defence and indian ocean security. Many of the points raised in the strategy document are similar to those raised by the foreign secretary, harsh Vardhan shringler.

During his engagements, shringler emphasized the significance India places on expediting mutually beneficial initiatives, such as plans to improve air and marine connections between India and Sri Lanka. To be a stabilizing power, India’s relations with Sri Lanka must be elevated to a strategic level. The question is whether India can do it in the face of china’s aggressive promotion, backed up by its economic and military might. However, India must do so because it has no other option. Sri Lanka is strategically placed at a crossroads of global maritime lanes.

It enjoys unrivaled strategic significance in the Indian ocean region, so why this geopolitical reality affects Indian security interests? Sri Lanka holds a crucial location in the indo-pacific region, and its southern point straddles some of the world’s most crucial sea lanes, via which most trade and almost all energy transits to nations east of the malacca straits, including china, japan, and south Korea, Singapore and many more. Therefore, all these nations must ensure that the safety and security of these sea lanes and the ship’s transients through them are not jeopardized. China is significantly reliant on oil from the Arabian gulf, with eighty percent of its imports passing through the malacca strait. One of the world’s most strategically critical geopolitical choke points.

This traffic travels through the traffic separation scheme of wonder head, which is just approximately ten nautical miles south of Hambantota, before entering the Malacca straits. Control of this port is a strategic advantage for china in minimizing its trade and energy vulnerabilities. In what is known as the malacca dilemma, a robust plan of navy presence in this region will allow it to not only safeguard its own trade but also disrupt, impede or destroy trade and energy flow to its opponents from an Indian perspective. This is not good, and the previous Rajapaksa administration and its ties to china had made India very uneasy, regardless of whose political party was in power. China’S military connections with the Sri Lankan government have increased.

Over the last four decades. China acquired minimal military influence in Sri Lanka during the post-Sri Lanka civil war period, from 1983 to 2009, when India supported Tamil rebels. Today, the governing Rajapaksa has a warm relationship with china. China has made no secret of its desire to control the Indian Ocean through its rapidly developing fleet and strategic projects, such as India’s belt and road initiative. China’s presence on the island is not just a source of concern but also a threat, given Beijing’s history of using subversion, espionage, and sabotage to further its national goals and objectives. So, as part of India’s island diplomacy, its foreign policy toward Sri Lanka will need to develop in response to emerging realities and challenges.

It must therefore pay far more attention to securing its maritime frontiers and regional interests through a synergistic foreign and security policy that prioritizes and commits funding for the development of adequate naval force levels, addressing capability deficits, and intensifying regional capacity-building initiatives.