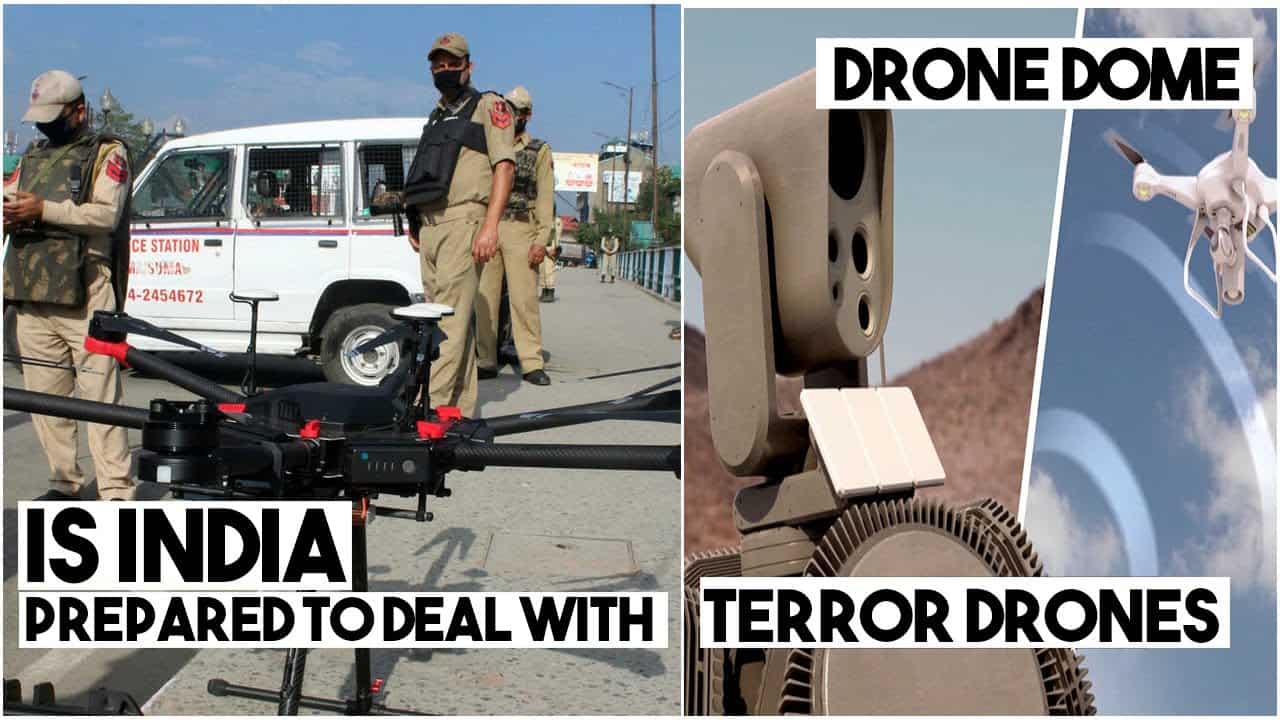 The drone strike at the Indian air force at the Jammu base, followed by two drone sightings at ratnachak and kaluchak military stations, was a clear indicator that terrorists have upped the game and are using technology to remain one step ahead of the security forces. And this indicates that India’s approach will have to be dynamic. The Jammu drone attack has revealed the next level of warfare involving unmanned aerial. Vehicles are not far. Instead of a defensive posture like in the past, India will have to be offensive.

Small drones are becoming new and low-cost weapons of terror on the border with Pakistan; drone activity has been seen in the areas of India adjacent to Pakistan for four consecutive nights. According to sources, security agencies of India deployed not only offensive but also defensive systems at the air force station weapons have been increased to deal with any possible drone strike by Pakistan. Apart from all this, radio frequency detectors and soft jammers have also been installed. Sources say the drones used by Pakistani terrorists at the Jammu air force station are likely to be military-grade drones, and they were purchased from china. The enemies of the country are using four-winged drones, that is, quadcopters sources, also told night vision.

Cameras were installed in them, however, to curb drone activities. The investigating agencies are investigating this matter from both Pakistan and local angles. The use of drones by terrorists to target IAF at the Jammu base marks a paradigm shift in the nature of the threat, and all this is an attempt to ensure 2021 becomes a summer of trouble again. This indicates India has to be offensive. A defensive mindset helps, but an offensive mindset helps even in the long run because India’s enemies will not want peace in Jammu and Kashmir. Can a drone attack be prevented?

It is very difficult to locate small drones in the ones operating them. One needs to deploy drone detection technology and subsequent countermeasures to tackle this threat. Several private defense contractors over the years have begun to offer off-the-shelf anti-drone tech to counter hostile, unmanned aerial vehicles, popularly known as drones. Drone detection can be rf based or by means of conventional radars tuned to detect drones or by means of electro-optic payloads that use thermal imaging and frequency jammers. Once identified, you can launch a kinetic energy weapon against the drone or jam it or confuse it by jamming its GPS.
Some systems simply monitor and alert the presence of a drone, while others are equipped with ballistics and even laser. What is the existing anti-drone systems rafale? The defense company behind Israel’s famed iron dome missile system has developed a drone dome, which acts within seconds like the iron dome, which identifies and intercepts incoming missiles. The drone dome detects and intercepts drones. Besides the collection of static radars, radio frequency, sensors, and cameras, it used to offer 360-degree coverage. The drone dome is also capable of jamming the commands being sent to a hostile drone and blocking visuals.

If any, that are being transmitted back to the drone operator. It can shoot high-powered laser beams to bring down targets. It is not just in India. Drones have also been increasingly used in the middle east, particularly in Iraq and Syria, while the Jammu attack was the first such instance in India. Is there an indigenous solution for India?

Yes, there is. The defense. The research and development organization has developed an anti-drone system, and it will be deployed this year. It is being said that this anti-drone system of drdo can detect small drones and neutralize their attacks. While details about the system’s capabilities remain threadbare, it was deployed to protect VIP people on the occasion of independence day of 2020.
Apart from this, the system was part of the security arrangements made for the 22 kilometers long roadshow in Ahmedabad. This system of drdo detects and jams small drones coming within a radius of three kilometers. Not only this. This system targets the drone coming within a radius of 1 to 2.5 kilometers with its laser beam and knocks it down through this system, identifying the enemy drones in the air.

It will be shot down through laser beams and the conspirators will be given a befitting reply.