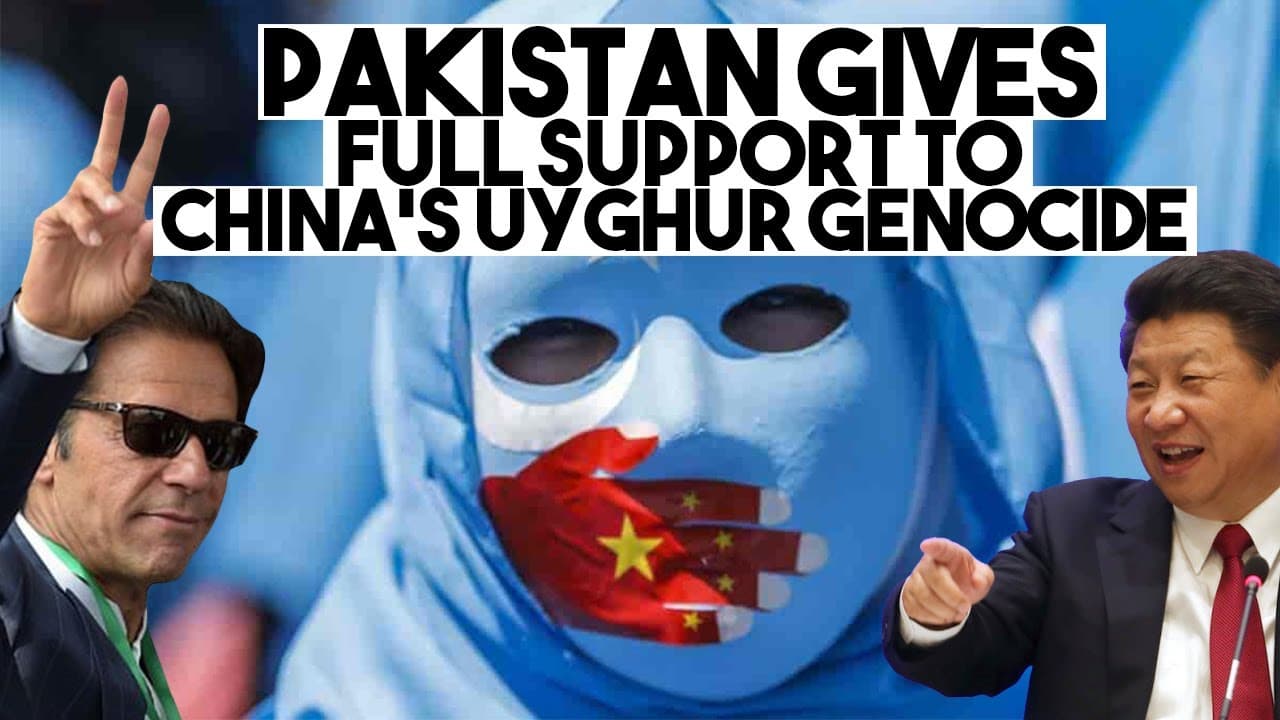 Pakistan backs china’s genocide of Uyghur Muslims and gives full support to the Chinese in Xinjiang. Pakistan, the prime minister Imran khan, has turned a blind eye to accusations from the west and human rights organizations that china is oppressing Uyghur Muslims in Xinjiang; as he backed the Chinese government on the Xinjiang issue on Sunday, he also supported the Chinese communist regime on the south. China, sea, and the one china principle, according to a joint statement issued by Imran khan and Chinese President Xi Jinping on Sunday, the Pakistani side reiterated its commitment to the one china policy and support for china on Taiwan, the south china sea, hong kong, Xinjiang and Tibet. China decried the Jammu and Kashmir issue on Sunday, urging India and Pakistan to address the conflict properly and amicably and rejecting any unilateral moves that may exacerbate the situation.

According to a Pakistani media report, Pakistan prime minister Imran khan arrived in china on Thursday to attend the Beijing Winter Olympics opening ceremony and lobby the communist dictatorship for a u.s three billion-dollar loan. As Islamabad confronts financial difficulties at home on the final day of his four-day visit to china, Imran khan met with president xi to discuss various issues, including the slow progress of the China-Pakistan economic corridor and Beijing’s growing concern over recurring attacks on Chinese personnel. Working on its multiple projects in Pakistan during the meeting, the two parties also released a joint statement. The Pakistani side briefed the Chinese side on the most recent developments in the Jammu and kashmir issue.

The Chinese side reaffirmed that the kashmir conflict was a historical issue that should be handled appropriately and peacefully following the un charter, relevant security council resolutions, and bilateral agreements. During his discussion with khan, she stated that China is committed to Pakistan’s national independence, sovereignty, and dignity, as well as its battle against terrorism. According to the state-run Xinhua news agency, he stated that China is eager to work with Pakistan to advance the CPEC’s in-depth development and ensure the completion of essential projects in the past. India has vehemently rejected allusions to Jammu and kashmir in a joint statement issued by Pakistan and china, asserting that the union territory, as well as Ladakh, have been and would continue to be, an integral and inalienable part of the country in July 2021. Arundembakji, a spokesman for the external affairs ministry, protested the mention of the so-called china-Pakistan economic corridor in a joint statement by the two nations claiming it is in Indian territory that Pakistan had unjustly annexed.