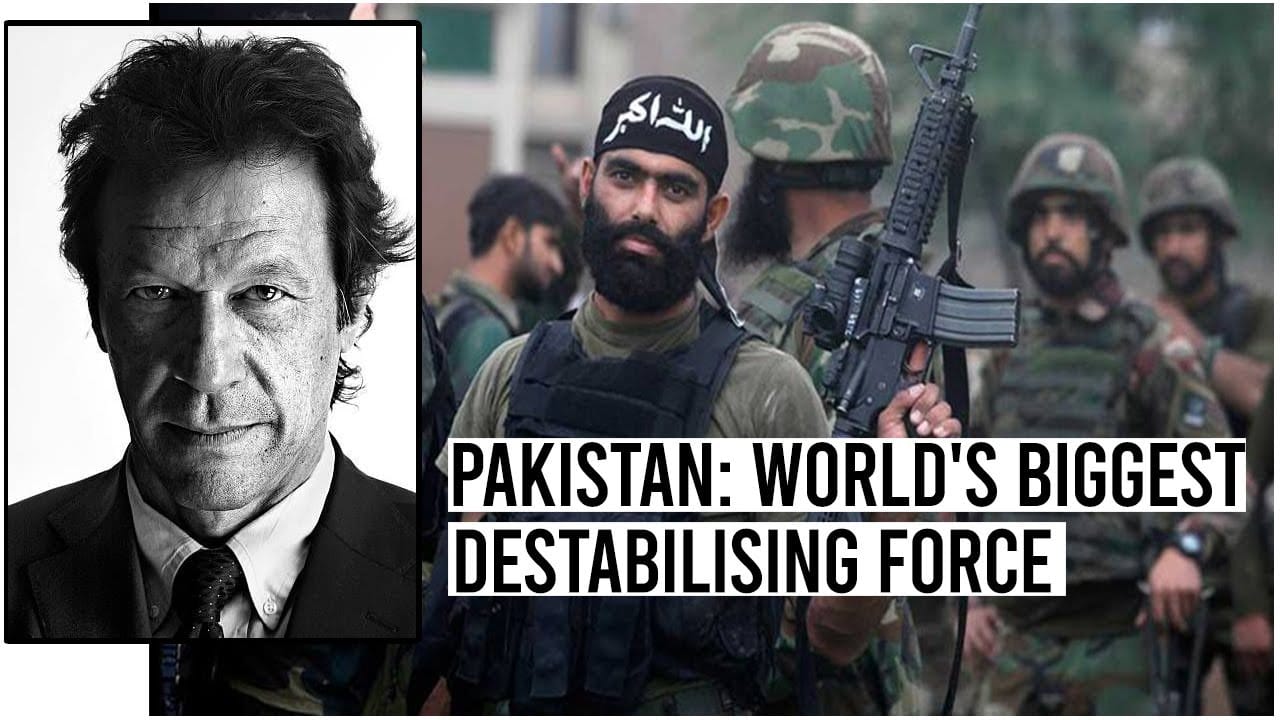 At the united nations Indian representative, Pakistan is calling it the world’s most destabilizing power that has repeatedly engaged in cross-border terrorism, and they have no regard for un norms. India used its right of reply after Pakistan’s representative to the un Munir Akram raised the topic of Jammu and Kashmir during a meeting of the general assembly’s first committee, which deals with disarmament and international security matters concerning the union, territories of Jammu and Kashmir and Ladakh unit said: Pakistan has made a lot of pointless and unfounded claims against India. These do not merit a response because they concern India. Ahmanet said, adding that Jammu and Kashmir’s whole union territory was, and always will be, an integral and inalienable part of India. When the Pakistani envoy mentioned India’s defense arsenal, new Delhi retorted that as a responsible state, India strictly complies with its commitments under international treaties and needs no advice from a country with a documented track record of illicit nuclear material and technology.

Expert. Amarnath said the world has been paying the price for Pakistan’s obstructionist tactics in the conference on disarmament, which had stalled negotiations on the fissile material cut-off treaty for the past 25 years, including in 2009, when the conference on disarmament adopted a consensus program of work having joined The agreement on the work program – Pakistan revealed its true character by soon taking a complete u-turn and blocking any work by the cd conference on disarmament or cd is a multilateral disarmament forum established by the international community to negotiate arms control and disarmament agreements based at the Palais des nations in geneva Pakistan’s self-destructive pattern and why the world looks at Pakistan with suspicion because of Pakistan. Both Iran and North Korea now have nuclear weapons. Abdul Qadir khan stole nuclear weapon designs from a dutch laboratory, and Zulfikar Ali Bhutto assisted him in obtaining uranium. In secret, he handed Pakistan a nuclear-capable missile and transferred technology with North Korea in exchange for missile technology; Pakistan has persuaded the world to send it more aid for decades, claiming that, if it doesn’t, terrorists will gain access to its nuclear weapons.

The world wants to prevent this horrible outcome, so it continues to pay. Pakistan is responsible for 90 percent of all terrorist incidents worldwide. According to overwhelming and irrefutable evidence, the ISI breeds terrorists to attack its neighbors’ terrorists like hafiz. Syed is venerated and treated as a national hero in Pakistani seminaries, which teach the radical ideology of hate and destruction and create terrorists. Osama bin Laden was sheltering in Pakistan with the knowledge of the Pakistani forces, and the ISI hid the world’s most wanted terrorist under your nose, generated fear around the world, and extorted money from us.

It was a massive deception, and double cross supporting the Taliban in their efforts to destabilize Afghanistan is simply a terrible policy. Acting the victim while being the aggressor isn’t good for anyone’s reputation. Twenty-two Republican senators have sponsored legislation in the Senate that would impose sanctions on the Taliban. In Afghanistan, as well as all foreign governments that backed the hardline Islamic party that seized controlling Kabul, the bill also requests a report from the secretary of state on Pakistan’s role in assisting the Taliban from 2001 to 2020. In the offensive that led to the overthrow of the Afghan government and in Pakistan’s support for the Taliban attack against the panchshir valley and afghan resistance, china china-Pakistan nexus joined forces with someone who already has a bad reputation regarding Taiwan, hong kong, the south, china sea Tibet, Xinjiang and so on do not assist Pakistan. The CPEC is Pakistan’s worst decision, or at least the worst negotiated decision, as it effectively sells Pakistan to china.

Pakistan will pay a high price in the not-so-distant future, but it will be too late by then, and the country will have plunged much worse. Pakistan has no plan to repay a 46 billion dollars debt with excessive interest, and it lacks the muscle to stand up to china. It’s an all-weather friend. China’s strategy is to utilize Pakistan to challenge India and use Pakistan to expand the middle east market for Chinese exports. Obviously, China and India are certainly wise enough to avoid outright conflict and instead concentrate on economic expansion.

It has not learned the superpowers use and throw policy towards smaller countries. Pakistan’S sectarian conflict is a direct result of the government’s Islamisation and marginalization of secular democratic parties. As a result of successive military governments, co-opting and patronizing religious parties, Pakistan has reached a point where religious extremism threatens to damage the state and society’s foundations. Minorities in Pakistan are suffering from a fear psychosis as a result of the majority of Muslims, murders, abductions, and forced marriages. In Pakistan, Ahmed Shias, Baloch Hindus, and Christians are still persecuted.

To conclude, Pakistan is a country under the control of the Pakistani army. Two things are required by the army money and an enemy. Pakistan has been highly successful in extracting money from the united states, but its growth is lagging, and Pakistan is its own greatest adversary. It’s not India, the united states, Israel, or the west. It is the result of its own actions.