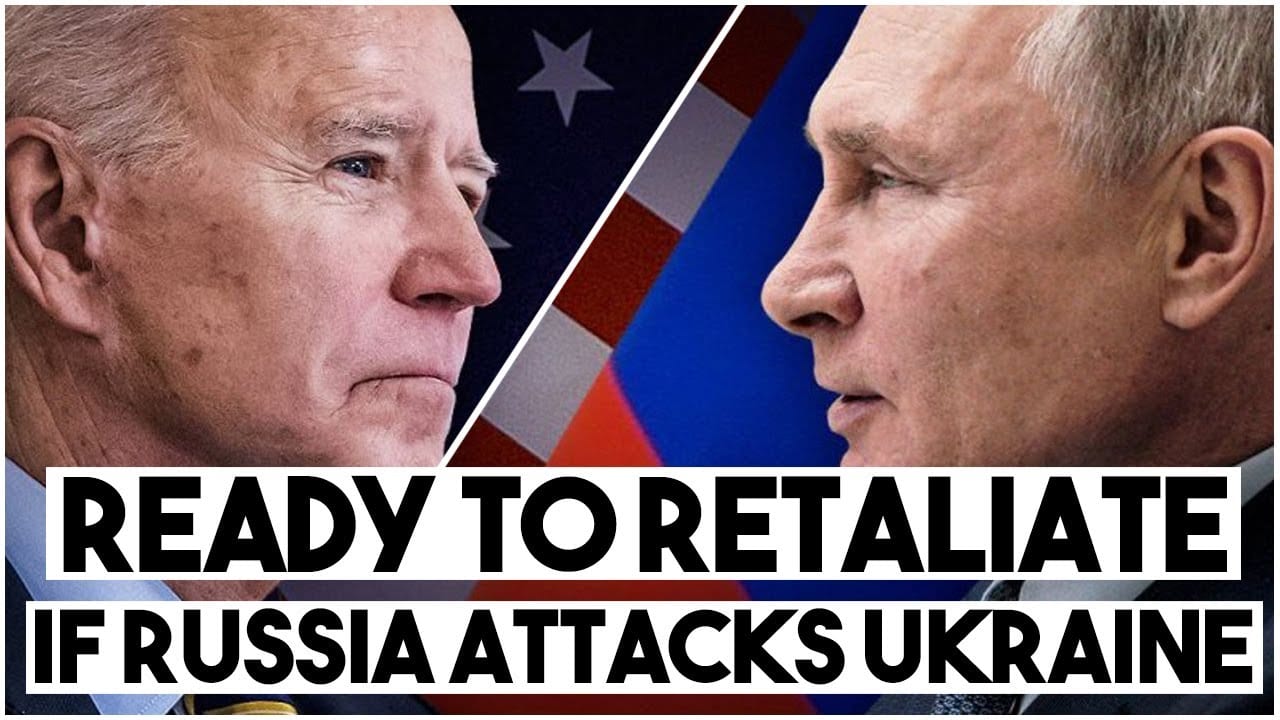 Despite Moscow’s denials, there is still widespread fear of a Russian invasion of Ukraine, and the build-up has resulted in one of the most severe crises in east-west relations since the cold war. According to media reports, Russia has amassed up to 130 000 troops near Ukraine’s borders. On Tuesday, Russia announced that it had begun withdrawing its troops from Ukraine’s border. Russia also released a video of some forces moving away from Ukraine. However, you.

President Joe Biden stated that an invasion of Ukraine is still a distinct possibility. The u.s claims that it has not been verified and that the threat of an invasion remains high. In the latest developments, according to media reports, the Ukrainian government pointed its fingers at Russia for a cyber attack on Tuesday, hours after Moscow announced its troop withdrawal. The critical government said the websites of Ukraine’s defense ministry and armed forces, as well as two state banks, had been hit by a cyber attack that could have originated in Russia.

In response to the claim, Biden said: that if Russia attacks the united states or its allies through asymmetric means like disruptive cyber attacks against its companies or critical infrastructure, the US is prepared to respond. He also said that there is still time for diplomacy to resolve the Ukraine crisis and that sanctions are ready to go if Russian troops attack the country. Despite Russia’s claims of withdrawing its forces from Ukraine’s border, Washington said it wanted to see proof of a de-escalation Biden who spoke directly with Putin on Saturday. There were real ways to address both sides: security concerns and still open for diplomacy to resolve the issue. But if Russia attacks Ukraine in the coming days or weeks, the human cost for Ukraine and the strategic cost for Russia will be enormous.

He added. If Russia attacks Ukraine, it will be universally condemned. The president stated the world would never forget Russia’s choice of unnecessary death and destruction. The united states will defend every inch of nato territory with all of its militaries. Might.

An attack on one nato country is an attack on all of us. He declared Biden said the united states and nato are not a threat to Russia, and Ukraine is not threatening Russia. He said neither the u.s nor nato have missiles in Ukraine. We do not have plans to put them there as well.

United states also ruled out sending u.s troops to Ukraine. He explained. In comparison, I will not send American troops to fight in Ukraine. We have provided the Ukrainian military with equipment to assist them in self-defense for the same purpose and training, advice, and intelligence.

The west is united and galvanized. He stated today that our nato allies and the alliance are as strong and united as they have ever been. The power, resilience, and universal appeal of our shared democratic values remain the source of our unbreakable strength because this is about much more than Russia and Ukraine. And if Russia proceeds, the U.S will rally the world to oppose its aggression.