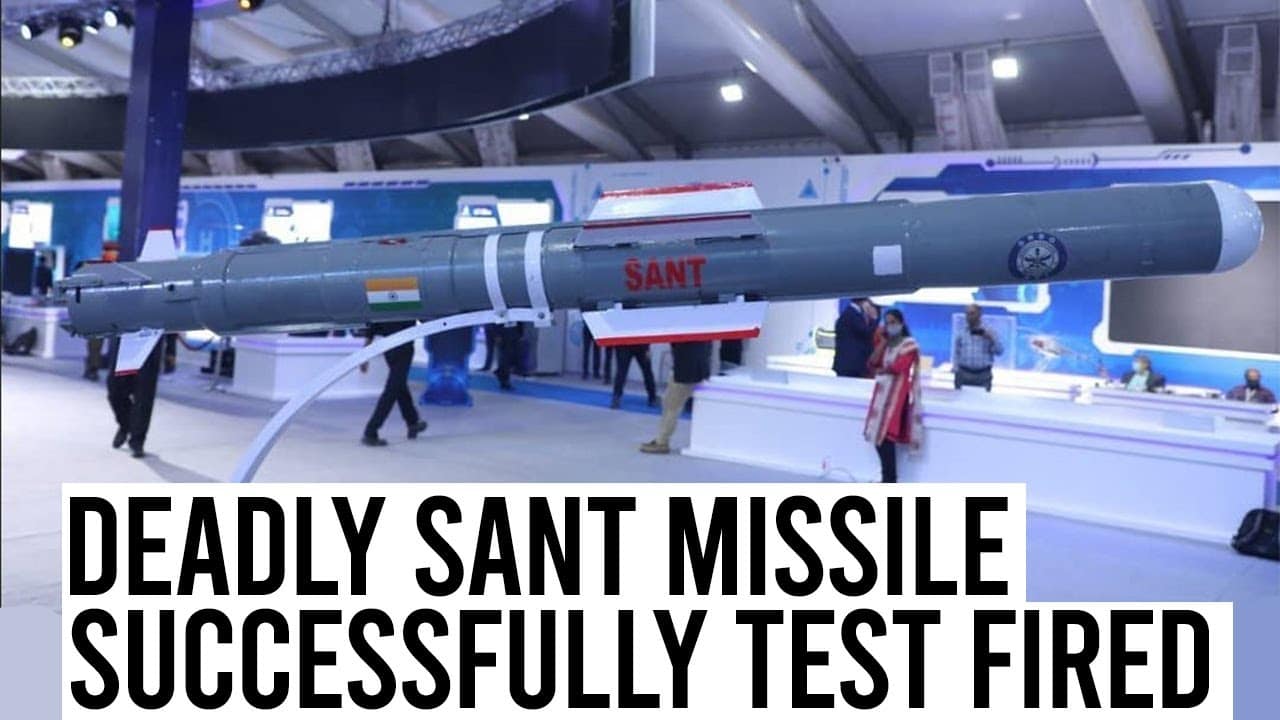 The indigenously developed sand standoff anti-tank missile was flight tested by the defense, research and development organization DRDO and the Indian air force from the Pokhran ranges. The missile is fitted with a cutting-edge MMW seeker that allows for high-precision strike capability and can neutralize targets from a safe distance. The indigenously built and produced helicopter launched missile ranges up to 10 kilometres. If we look at the footage, the rocket isn’t hitting the bullseye. Instead, it’s hitting below the target, raising the question of whether the test was successful.

The missile was never supposed to target the centre. If you look closely below, you’ll notice a reflector near which the missile hits the target, so the mission was considered a success. According to the Ministry of Defence, the flying test met all of its mission goals, the release mechanism, powerful guidance and tracking algorithms, and all avionics, with integral MMW ted software and tracking systems, observed all mission events. MMW seekers differ from laser or imaging seekers and infrared seekers. The millimetre wave can detect targets in all weather situations based on real-time kinematic RTK for moving targets.

RTK is a technique used to improve the accuracy of a standalone GNSS receiver. Traditional GNSS receivers, like the one in a smartphone, could only determine the position with two to four meters accuracy. Risk can give you centimetre accuracy; RTK uses at least two GPS receivers, a base receiver and one or more rover receivers to achieve high-precision differential positioning. The base receiver collects data from nearby satellites and sends it to the rover receiver along with its location. In addition, the rover receiver captures measurements of the satellites in view and combines these with data from the base station. The rover then calculates its distance from the base.

The utilization of GPS carrier phase signals is crucial for achieving centimetre-level positioning accuracy with it. The sand missile would further bolster the indigenous defence capabilities. The sand missile has been designed and developed by the research centre immediately RCI Hyderabad, in coordination with other DRDO labs and participation from industries. This is the third in the series of indigenous standoff weapons to be tested recently after long-range bombs and smart anti-airfield weapons to strengthen the Indian air force’s arsenal.