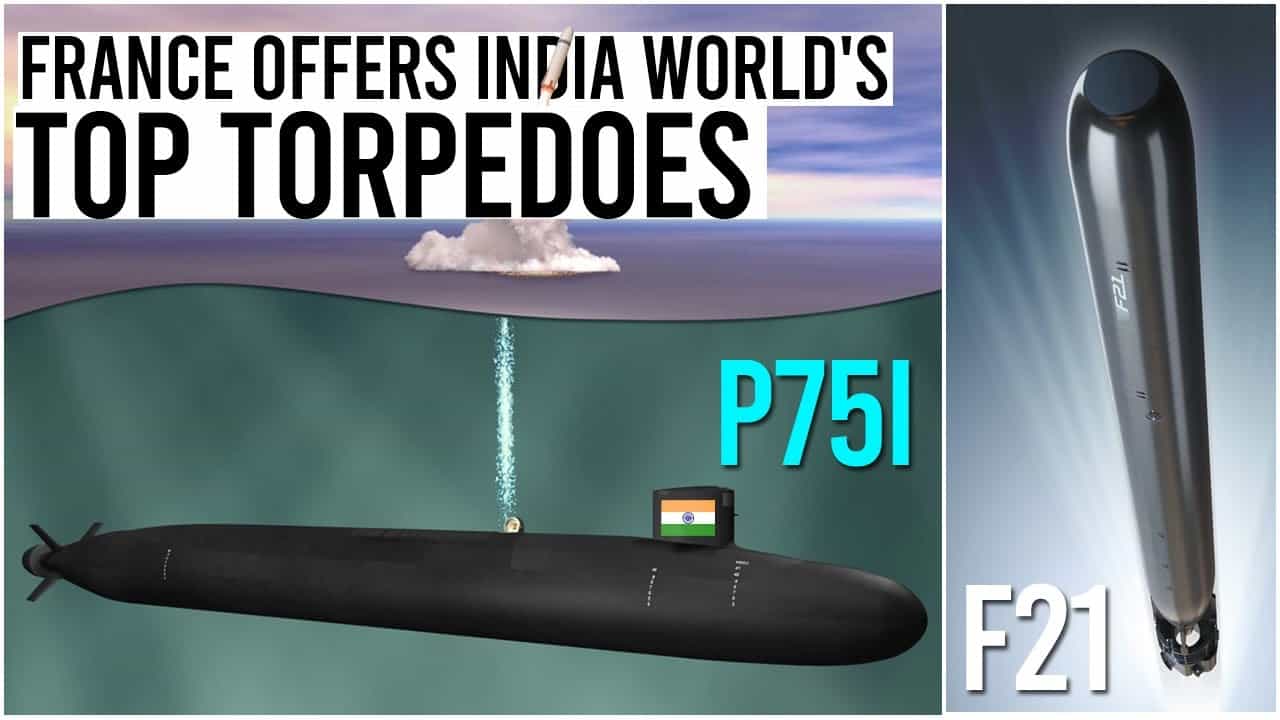 The construction of six scorpene conventional submarines by mazagon dock limited in Mumbai under project 75 is just 18 to 24 months from completion. French shipbuilder naval group is a global and major french defense contractor, which has supplied the technology under a 3.25 billion order and is seeking a more significant role in India. This includes upgrading the six scorpenes with air, independent propulsion AIP, and competing in the 5.5 billion dollar global tender.

The Indian navy is all set to issue a tender to acquire six lethal submarines as part of the ambitious project 75 India, which is expected to cost more than 50 000 crore rupees. The Indian navy intends to build six conventional diesel-electric submarines under project 75, India, which would be nearly 50 percent larger than the scorpion class submarines currently under construction at mazagon dockyards limited in Mumbai.

The submarines must be equipped with heavy-duty firepower with at least 12 land attack, cruise missiles and anti-ship cruise missiles, and these submarines will be capable of carrying and launching 18 heavyweight torpedoes at sea. The next generation of submarines will require significantly more firepower than the scorpene, with project 75 nearing completion is a naval group. Well, poised in the tendering for project 75i naval group has already in project 75, achieved a high level of indigenization and also has rich global expertise in constructing the latest conventional and nuclear submarines. So, the naval group is ready to propose a solution for project 75i. That will be fully compliant with the Indian navy’s requirements.

Would the naval group suggest ordering additional scorpenes effectively expanding project 75, or is it preferable for MDL to move straight into building a next generation submarine under project 75i? Building a submarine is much more complex than most other defense platforms to preserve MDL’s building expertise and qualified staff. More submarines need to be ordered quickly. However, the tendering selection and contracting for project 75i is a huge task and requires lead time. Meanwhile, MDL could build more scorpenes, incorporating DRDO’s, AIP, and other advanced features.
This would preserve the expertise created at MDL while also bringing orders to Indian firms such as Bharat, electronics and Larsen and two bros. However, it is the Indian navy’s prerogative to decide how best to manage this complex issue. What other products and services is a naval group looking at in the Indian market, taking into account the Indian navy’s experience and infrastructure at its naval bases? France’s naval group is ready to provide services to optimize the availability of project 75 submarines at sea. For this they are training Indian maintenance teams supervised by their domain experts to perform critical tasks on board these vessels.
Next, given that torpedoes are the scorpene’s primary underwater armament, they have offered the Indian navy their latest generation f-21 heavyweight torpedoes, which were developed for the french navy’s nuclear attack submarines. The f-21’s capabilities far exceed all other torpedoes currently in service. It has recently demonstrated exceptional performance levels in operational trials and has been recently inducted into the french navy. The Indian navy has therefore been offered the french navy’s latest torpedoes. Also, the Indian navy has an ambitious carrier air program, so the naval group would like to provide support in building India’s second indigenous aircraft carrier which is currently being designed.
Currently, they are also in discussion with Indian shipyards for future surface ship programs. Naval Group would also support other future naval platforms with high-end military systems.