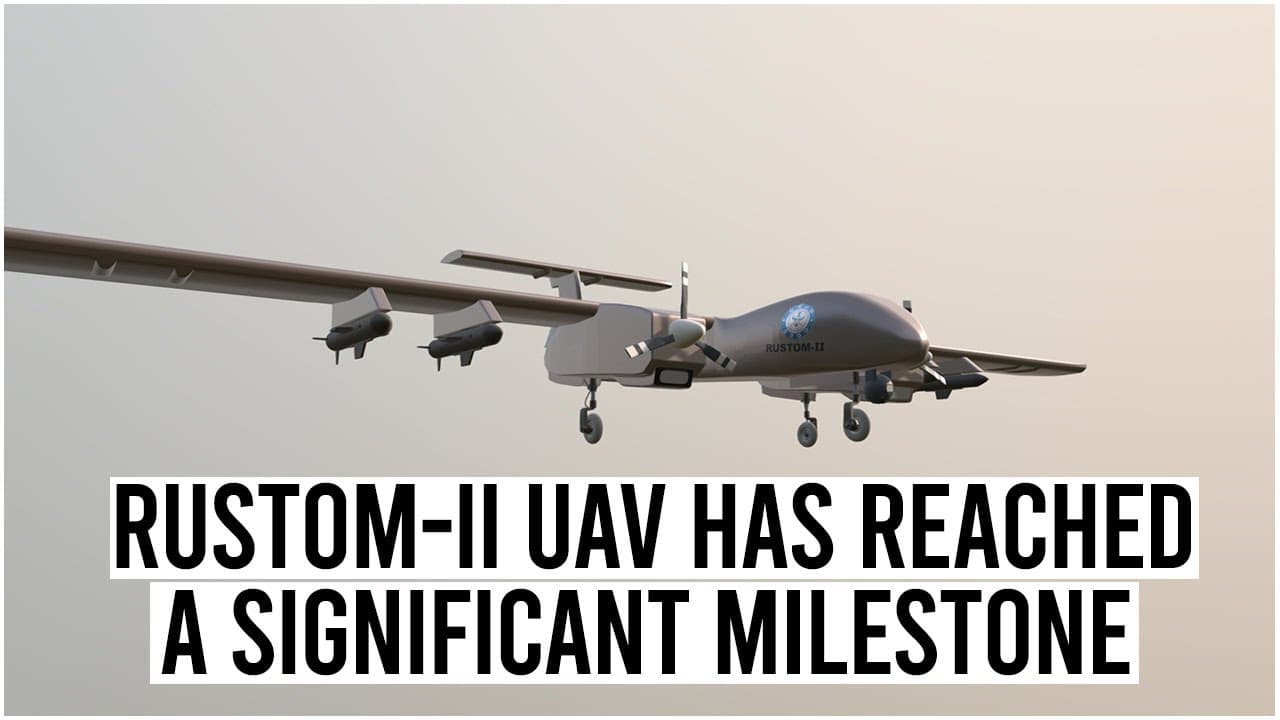 It will be given to Hindustan aeronautics, limited and bharat electronics limited for production in terms of plans. Dr. Thomas stated that a program for improved, more capable high altitude long endurance UAVs is also in the works about roostom2 male unmanned aerial vehicles. The roostom2 male UAV is the latest addition to the rustom series of unmanned aerial vehicles, which also includes the rustom one rooster, h and roostamc. It is designed for use by the Indian armed forces, which include the army, navy, and air force in intelligence, surveillance and reconnaissance missions. In November.

India’S defense, research and development organization flew a prototype of the rustom two tapas 201 medium altitudes, long endurance, an unmanned aerial vehicle from the Chitradurga aeronautical test range in Karnataka, India, the Indian armed forces tested the UAV’s takeoff landing, and level flight capabilities during its maiden flight. After completing the design and verification testing, the prototype was scheduled to go through user validation trials; the directorate general of aeronautical quality assurance and the center for military airworthiness and certification have approved the certification and quality assurance for the roostum twos made in flight development. Of the roostum ii, roostam2 has been designed and developed by aeronautical development, establishment Hindustan aeronautics limited was the primary integrator, with a bar at electronics limited developing the UAV’s ground control station. The Rustom 2 male drone is based on the rooster, mage unmanned, combat aerial vehicle and has a lightweight airframe. It has a length of 9 meters and an empty weight of 1800 kilograms. It is equipped with mid-set high aspect ratio wings spanning 20.6 meters. The tail section is outfitted with a conventional t-type, vertical stabilizer, and a high-mounted horizontal tailplane. The UAV’s tri-cycle landing gear enables it to perform safe takeoff and landing maneuvers on hard surfaces.

It has a single nose wheel in the front and two single wheels, main gears at the center of gravity. Roostom2 payloads. The unmanned aerial vehicle is designed to carry a variety of cutting-edge payloads, weighing up to 350 kilograms, allowing it to perform multiple missions in both day and night lighting conditions. Payloads include electromagnetic intelligence, communication, intelligence, synthetic aperture radar, maritime patrol radar, radio, altimeter, transmitting and receiving antennae, and situational awareness payloads. The drone has a medium and long-range electro-optic sensor in a modular payload pod mounted under the nose for capturing imagery and video.

The medium-altitude UAVs fly between 25 000 to 28 000 feet and those flying above this altitude come under high altitude. The roostom 2 is being developed to carry out for intelligent surveillance and reconnaissance purpose and is capable of carrying different combinations of advanced payloads and capable of auto landing. Also, it can be modified for any use as per the requirements. Extensive endurance UAVs are a top priority for the Indian armed forces, particularly in the standoff with china in eastern Ladakh. The Indian armed forces rely heavily on Israeli searcher and heroin drones and require more of these unmanned aerial vehicles. The services have begun a major upgrade project for the heron UAVs.

A separate proposal from the united states for 30 armed predator drones 10 for each service is also at the advanced stages.