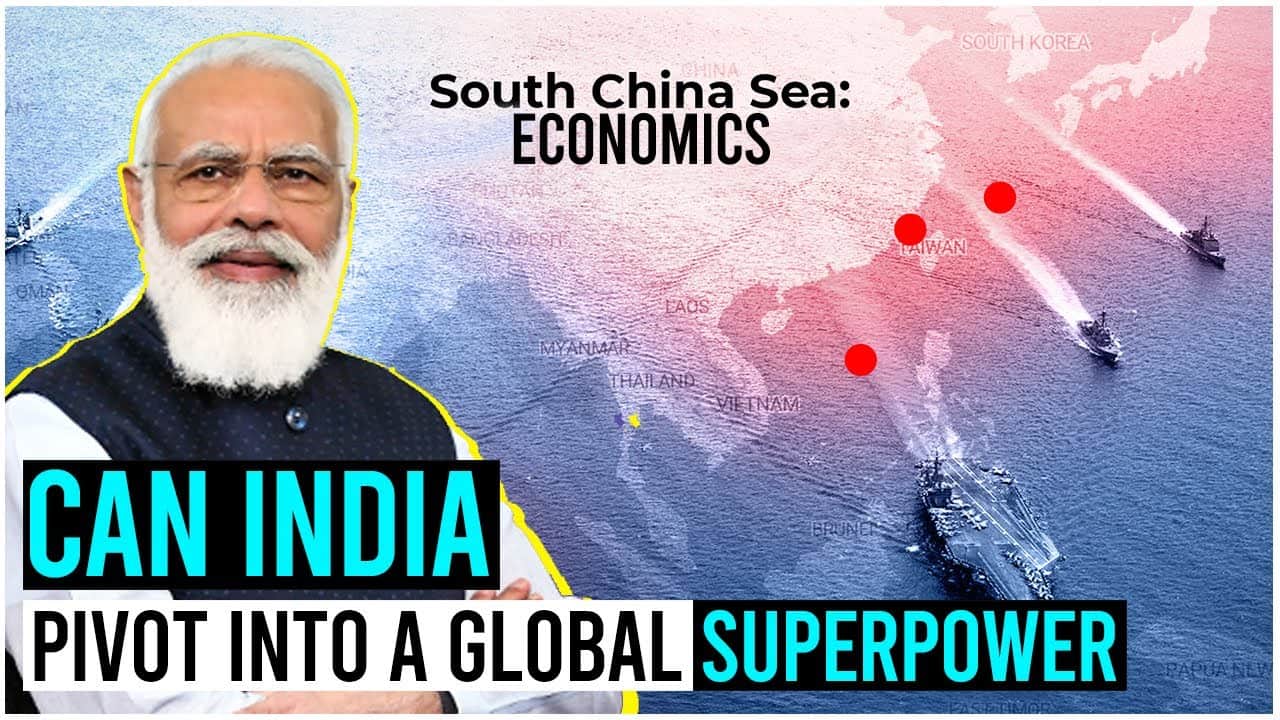 The south china sea has been a bargaining chip in china’s pocket since the beginning of its rise in the global order. Here, Beijing operates from a position of strength with physical control over critical islands. Possession of these gives Beijing a clear upper hand and the ability to exert strategic authority over these waters, regardless of the rights and interests of other neighboring nations, the south china sea. It’s a name that conjures a slew of complex territorial disputes that have been the reason behind conflict and tension in the region and across the indo-pacific has a long history that stretches from japan’s occupation of the south, china, sea islands after world war ii to present day Speculation that it could spark a global conflict. This begs why it is the world’s most heavily contested stretch of sea.

According to the united nations conference on trade and development, maritime transport accounts for roughly eighty percent of global trade volume and seventy percent of global trade value. Sixty percent of that tonnage is transported by water through the south china sea, carrying an estimated one-third of global trade. With all this, it is believed to move to 3.37 trillion dollars in trade each year, making this length the second busiest sea lane. Not only that, but the region possesses proven oil reserves of approximately 7.7 billion barrels, with an estimated total of 28 billion barrels.

The natural gas reserves are expected to be roughly 266 trillion cubic feet because of all these economic benefits. The water corridors of the south china sea are incredibly essential for china, Taiwan, japan, south Korea, Malaysia, the Philippines, Brunei, and others, as they all rely on the malacca strait, which connects the south china sea and, extension, pacific and Indian oceans. Additionally, the regional power which can project martial power in the area will have economic advantages and turn the area into a geopolitical pivot for dominating Asia. Because of how strategically important the sea is, an age-old adage, the military perspective in the region can be squarely applied to explain the situation. Unsurprisingly, the region is a source of massive global strife.
This brings us to the discussion concerning the military activities in the region. Since china announced its expansive sovereignty claims in the south china sea in 2009, the region has become steadily militarized as Beijing seeks to legitimize and defend its claims. Other key maritime counter claimants within the association of southeast Asian nations, including most notably, Vietnam, but also Indonesia, Malaysia, and the Philippines, have sought to modernize their naval and coast guard capabilities to preserve the status quo in the SCS and significant powers outside of the region, including Australia, France, India, Japan, the UK and us a heightening air military presence in the SCS, though, without installing permanent military structures to rival china’s expansion. Their activities involve periodic joint exercises, freedom of navigation operations, or both to uphold international law and rules of behavior, but describing the situation and considering force buildup in the south china sea. China has been the most active by all reasonable indicators, such as quantity and quality of weapons deployed, land reclaimed, and military facilities constructed or upgraded on disputed outposts, the claims, and when it comes to the ever-important topic of claims, the most influential player.

In this 3.6 million square kilometers sea people’s republic of china asserts that its rights are based on the law of the sea convention and the so-called nine-dash line. The current assertion by PRC lies in transforming uninhabited islands into artificial islands since 2010 to comply with the united nations convention on the law of the sea, such as haven, reef, johnson, south reef, and fiery cross reef. It is altering the physical land characteristics of the reefs. PRC has been able to change its size and structure. It has also built airstrips on the islands of Paracel and Spratly islands.

Such contradictory allegations have created fresh complications for us and Australia. Both reject substantial portions of china’s maritime claims in the south china sea areas and territorial claims by the state to underwater reefs. However, this now brings us to the point of concern about India’s place in the meta. So let’s talk about India’s position in the south, china, and the sea and how important it is for India. Over the past decade, china has been using coercion on four major fronts: in the east, china, the sea, south china, sea china-India border, and toward us.

On the question of freedom of navigation. Of these, only the border conflict impacts India directly. However, the significance of the south china sea in emerging geopolitical equations cannot be overlooked anymore. China’s growing power to determine and expand its involvement in the SCS has prompted India to reconsider its foreign policy. As part of the act east policy, India has been internationalizing issues in the indo-pacific area to counter china’s threatening actions in the region.

India’s role in the south china sea is four-fold first naval deployments. Second, increasing strategic military links with states like Singapore, Indonesia, the Philippines, and Vietnam; third, economic involvement of Indian energy companies in south china sea waters and fourth, discussions between India and other regional and extra-regional china concerned powers about the south china sea. India’s involvement in the south china sea represents a new development in its look east policy, a new balancing factor in the interplay of actors within these waters, and a new friction factor within India-china relations in the south, china sea; India, too, has deployed its naval assets to Guard sea of lines, communication denying PRC’s position to impose itself. Prc, however, sees these activities as a containment effort. Besides, India is not participating in the high-stakes battle for control over the seas.

However, it would scarcely be an unaffected observer if the power structure in the region changes dramatically. Nearly 200 billion dollars in Indian trade passes through the south china sea, and thousands of Indian citizens study, work and are otherwise heavily invested in the association of southeast Asian nations. Thus, it is an area of strategic importance for India. If PRC gets unrivaled control over these waterways, it will upend a significant portion of the current commercial and geopolitical order. Access to southeast Asia’s key waterways and the need to enhance capacity in ASEAN member nations are crucial considerations for Indian policymakers. Both are essential components of new delhi’s indo-pacific strategy. In other words, India must find ways to play its cards right so that it can leverage these disputed waters when the time comes to hold Beijing to account for its brazen border breaches and other transgressions.