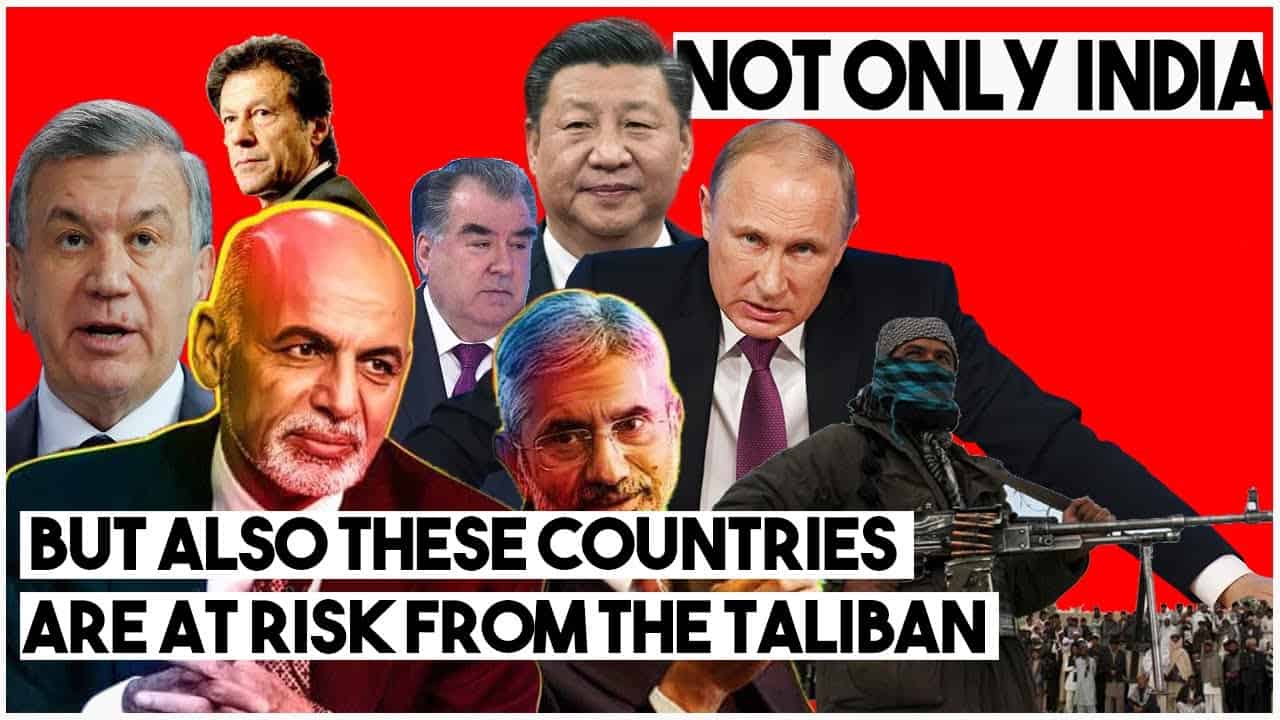 India is not the only country to be left worried over the return of the Taliban in Afghanistan. The development is said to be the dominating theme of discussion at the shanghai cooperation organization at its foreign minister’s two-day meeting in Dushanbe, the capital of Tajikistan, to which about 1 000 afghan soldiers recently fled for the safety of their lives after the Taliban surrounded them amid escalating violence in Afghanistan, India put forth the road map at a meeting of the SCO foreign ministers contact group on Afghanistan in Dushanbe amid growing global concerns over the Taliban fighters gaining control over large parts of the country external affairs minister, S. JaiShankar presented A three-point solution for Afghanistan and said the world would not tolerate occupation by force. The three-point road map is an independent, neutral, unified, peaceful, democratic, and prosperous nation. Jaishankar tweeted two ceasing violence and terrorist attacks against civilians and state representatives settle the conflict through political dialogue and respect the interests of all ethnic groups. Three ensure that neighbors are not threatened by terrorism, separatism, and extremism.

Interestingly, Pakistan, which is thought to be heavily involved in the Taliban’s operations in Afghanistan through the Pakistan army’s interstate intelligence, has its own concerns with the Taliban’s rise and the problem. Pakistan shares a long boundary with Afghanistan, and the rise of the Taliban aggravates fear and a sense of insecurity among non-Pashtun ethnic communities, particularly in the border areas. It can lead to inter-tribal militia conflicts on the Pakistani side of the border. The last time when the Taliban seized Afghanistan, it had even targeted border areas in Pakistan’s Balochistan and Kaiba Pakhtunkhwa provinces. Reports from Pakistan suggest that people, particularly in Balochistan, are worried that they might again be deprived of their agricultural fields and be forced to move out.

Pakistan is dealing with a rebellion in Balochistan as a result of the Pakistan army and other government agencies allegedly torturing. The Baloch ethnic population. According to recent reports, Pakistani prime minister Imran khan is reaching out to Baloch leaders as Taliban pressure intensifies on Pakistan’s borders. Following the withdrawal of the united states from Afghanistan, then there’s the Taliban in Pakistan, which is distinct from the Taliban in Afghanistan. The Pakistani Taliban want to impose a stricter sharia law on Pakistan than the Islamic Republic of Pakistan currently has through its restive Xinjiang province.

China shares a tiny border with Afghanistan. According to accounts, the Taliban has a soft spot for yuga Muslim organizations fighting china’s communist authority. China is concerned that if Afghanistan is stabilized, the Taliban will aid the east Turkestan Islamic movement. The ETIM is a separatist group in china’s Xinjiang region, which is home to yuga Muslims. Xinjiang shares borders with the Badakhshan region in Afghanistan, which the Taliban recently took from Afghan government forces.

The u.s classified the east Turkestan Islamic movement in Xinjiang to be one of the deadliest terror organizations in 2006 and outlawed it, but the ban was only lifted in 2020 by Donald trump’s government. China is apparently building a route across Afghanistan’s Badakhshan province to its own Xinjiang. Yuga autonomous region through the famous Wakan corridor, the Wakan corridor, once completed, will provide direct access to Chinese territories in Xinjiang. Afghanistan shares borders with Iran, Pakistan, Tajikistan, Turkmenistan, Uzbekistan, China, and India.
However, Pakistan has occupied sections of India’s Ladakh territory since 1947.

All these countries, except Iran and Turkmenistan, are members of the shanghai cooperation organization, which held a meeting in Dushanbe the SCO also houses its founding members, Russia, Kyrgyzstan, and Kazakhstan. Tajikistan and Uzbekistan are worried, as the return of the Taliban might push ethnic migration into their territories. The Taliban had established its first rule in the 1990s, declaring the then-afghan president Burhanuddin Rabbani, an ethnic Tajik, as anti-Pashtun Kazakhstan, Kyrgyzstan, and Turkmenistan are all concerned about a rise in Islamic radicalism. Several Islamic extremist groups with ties to afghan organizations are functioning in various nations.

Russia has a long history in Afghanistan, and it has lately held discussions with the Taliban. Any spillover impact from the Taliban’s control of Afghanistan throughout the region jeopardizes the country’s strategic interests, particularly in Uzbekistan and Tajikistan. So what are Russia’s key concerns? The list comprised four major items and this earth the risk of spillover from Afghanistan into central Asia, the threat of isis to Russia and its central Asian partners, drug trafficking, and the security of the country’s diplomatic and consular posts. On all four points, the Taliban attempted to make it clear by saying that they would not violate the boundaries of central Asian countries and would give guarantees of the safety of foreign countries’ diplomatic and consular offices in Afghanistan.

They also declared that they were firmly determined to fend off the threat of isis in Afghanistan and that they will eradicate drug production in Afghanistan. If these were only packaged as promises, nobody in Moscow would take them seriously. After all, the Taliban has demonstrated that since the 2000s, it has not just grown stronger militarily but matured politically as well by carrying out all the back channel diplomacy with the Chinese and Iranians and the shuttle diplomacy with the Russians and Americans. They act as a classic continental power to limit the number of fronts. While the Taliban agenda is local rather than global, like isis, and it is about imposing sharia legislation in Afghanistan, as bad as it may be for the local population, it appears that Russia can live with it.

It appears to Moscow to be a better option than military participation in the country, with no clear political objectives and enormous potential costs. However, it remains to be seen whether this will continue because the situation in Afghanistan keeps changing rapidly. This explains why not only India but several Asian countries consider the return of the Taliban as a security headache despite Pakistan and china reportedly looking for an advantageous role in Afghanistan, the strategic heart of Asia,