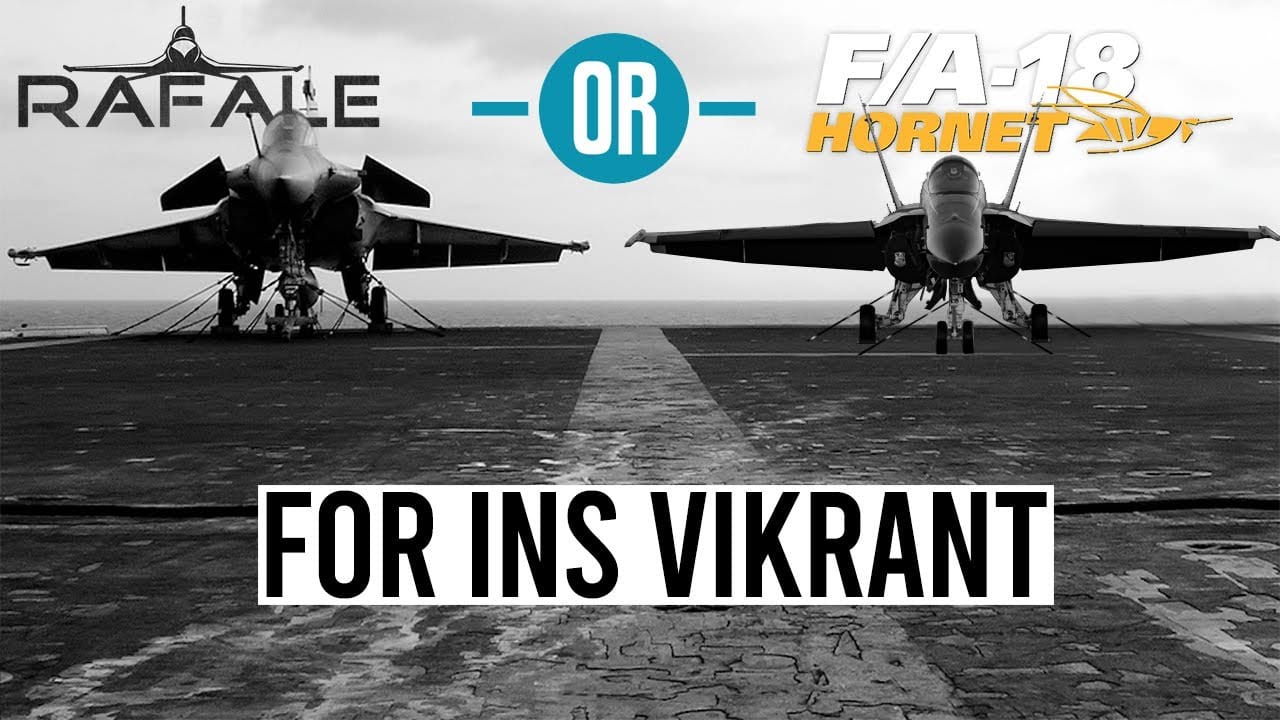 On Thursday, France dispatched a rafale maritime fighter aircraft to a naval station in goa to display its combat capabilities to get a mega contract from the Indian navy. According to reports, the demonstration would last for two weeks the Indian navy would begin testing. The rafale m marine aircraft for use on its aircraft carriers Vikrant the Rafale fighter aircraft will be tested at the ins Hansa in goa ashore-based test facility in the next two months. That is on march 2022. Boeing’S f-18 super hornet will also demonstrate its combat capabilities.

The Indian navy intends to purchase a batch of fighter planes to operate from its 40 000 ton indigenous aircraft carrier iac Vikrant, which is expected to be commissioned in august this year, as according to a previous report by the Times of India, the iac will be commissioned. This year, but it will not be fully operational until the necessary fighter and helicopter testing are performed from its deck. It might be fully operational by about mid 2023. The actual number of fighter jets to be purchased has yet to be announced, but according to sources, the navy is looking to purchase at least 27 carrier-capable fighters. Currently, India has only one aircraft carrier.

In November 2013, the 44 500 ton ins Vikramaditya was inducted from Russia for 2.33 billion dollars and another 2 billion was budgeted to acquire 45 supersonic mig 29k fighters to operate from its deck, but their serviceability has proven to be a severe issue over time. Rafale m fighter jet the rafale m fighter jet has minor differences from the Rafale fighter jets that are being currently used by Indian air force. The aircraft sent to India for testing is the latest fighter jet, including nuclear capabilities. An air-to-air meteor missile, an air-to-ground scalp missile and hammer precision guided munitions.
The refile m-fighter jet includes a stronger undercarriage, a nose wheel, a larger arrester hook, an integrated ladder and some other minor improvements. F: a18 super hornet, Boeing’s super hornet block 3 variant is competing against rafale marine Boeing. The us aerospace giant has made an extensive and appealing presentation to the Indian navy describing its super hornet fighter as a lethal, advanced, inexpensive aircraft. According to the Boeing, the f-a-18 super hornet as an aircraft can give the navy with a unique and distinctive capability in the form of an advanced, combat, proven multi-role naval fighter that is completely compatible with Indian navy carriers. It also stated that the agreement will improve the two countries burgeoning marine and defense partnership.

The fa18 is a carrier-based fighter that is built for high load high stress missions. It requires minimum support equipment and has an astonishingly low cost per flying hour, while retaining excellent mission. Readiness, the Indian navy, published a request for information in 2017 to purchase 57 multi-role combat aircraft for its aircraft carrier. Four planes competed for the contract, the rafale de Sioux, France, the f-18 super hornet Boeing, USA, the mig-29k, Russia and the Gripen Saab Sweden, the f-18 rafale and mig-29k a twin-engine aircraft, whereas the Gripen is a single-engine aircraft. On the other hand, the navy has previously rejected the naval version of the indigenous Tejas light combat aircraft, stressing that the single engine fighter cannot optimally operate from a carrier. In turn, the domestic development of the twin-engine, deck based fighter will take, at least a decade. According to sources, the navy will most likely evaluate the suitability and capabilities of the rafale m and f a-18.

During these long demonstrations. The Indian government also wanted the aircraft planes to be made in India, the RFI aimed to ascertain the extent to which corporations are prepared to share transfer of technology and deep repair expertise with India and Boeing. India has developed a unique programme module to make its proposal more appealing to the Indian military and industrial industry. At first glance, this initiative appears to be aimed at bolstering India’s commitment to the make in India and self-reliant India programmes, which aim to strengthen its domestic manufacturing sectors and give a boost to its micro, small and medium enterprises. According to Boeing, India’s for India by India effort leverages current projects, increases supply chain capabilities and works with local industry to build on the company’s almost eight decades of experience in the nation.