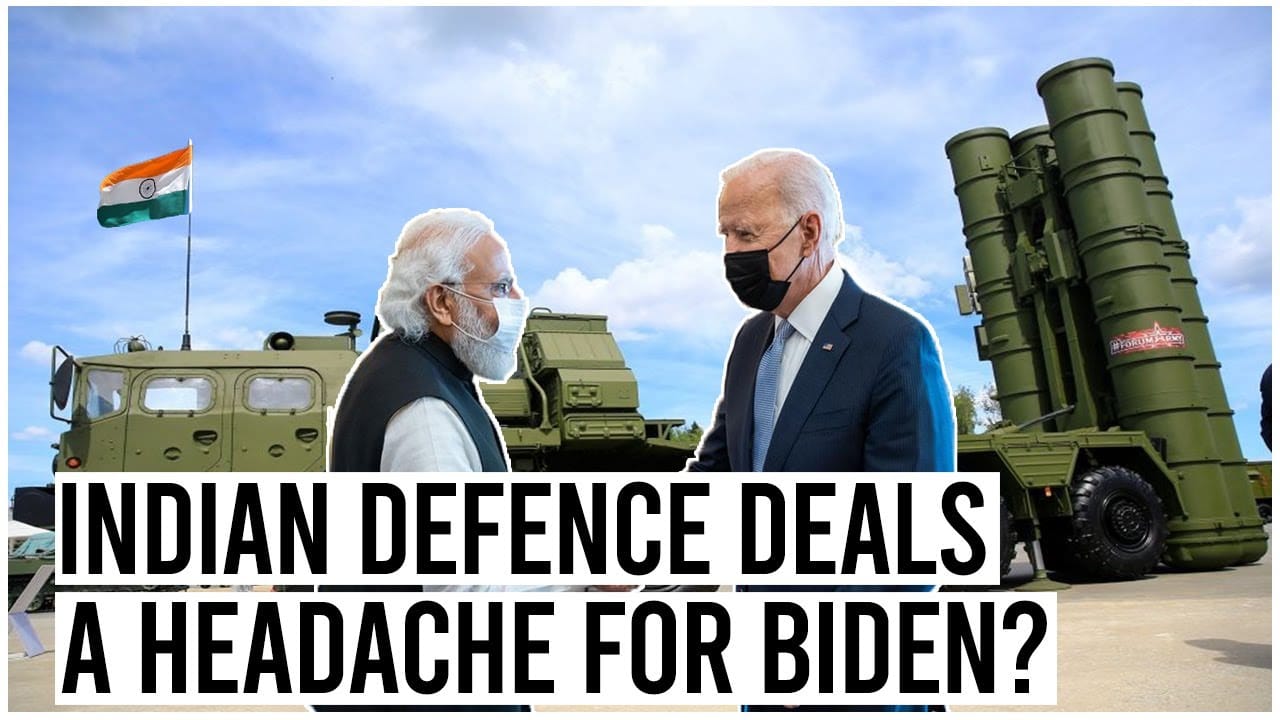 The Biden administration will face a big test later this year when India fulfills a disputed 5 billion arms contract with Russia. That is the purchase of 5 five s-400 air defense systems, which is scheduled to be delivered in December, and this might result in u.s sanctions. At a time when Washington is attempting to bring India closer, the white house will be forced to determine how to manage the two nations’ complex relationship so far; the country sanctioned turkey and china both for purchasing the s-400 system. On the other hand, Samir Lalwani, head of the Stimson center’s south Asia program, said India appears to have decided to continue with the system, and despite threats of sanctions, they have not backed down over the last three years.

For decades, India has purchased weapons from the united states, Russia, France, and Israel. However, in recent years, successive administrations in Washington have attempted to wean India off Russian gear with significant success. Russia, on the other hand, maintains a grip on some major systems supplying the Indian armed forces with nuclear-powered submarines and warships. The s 400 air defense system, on the other hand, looms big after turkey got its first s-400. The Trump administration dropped turkey out of the f-35 program and imposed sanctions under carter.
It was a major move against a long-time nato partner, Washington, along with nato partners. Officially and privately warned Turkish President Recep Tayyip Erdogan against completing the deal for years. However, the Turkish leadership remained. Stubborn throughout, Erdogan recently stated that he was willing to purchase a second s-400 promising that nobody would be able to intervene in terms of what sort of defense systems turkey acquired from which nation. And at what level?

In turkey’s issue, nato was concerned that the powerful Russian radar system used to detect targets for the s 400 would send vital information back to Moscow about how the f-35 and other aircraft operators. In the case of India, the trump administration warned the country after signing the deal with Russia in 2018 stated that taking delivery of the s 400 would jeopardize interoperability with us and jeopardize interoperability with other partners that India values the secretary of state, Anthony blinken, has not made a decision on sanctions, but the official stated that cancer does not contain any blanket or country-specific waiver provision, adding that any deal involving Russia’s defense or intelligence sectors must be reviewed on an individual basis. India is a major market for weapons exporting. According to the Stockholm international peace research institute, India remains a major market for arms, exporting countries, accounting for 9.5 percent of all global arms sales in 2020.

Only second to Saudi Arabia, and if the u.s imposes sanctions on India, the country will lose a huge market for arms exports, and billions of that spending will continue to go to Russia. India will now get the first two of four new frigates from Russia in 2023 and will begin leasing its third nuclear-powered submarine from Moscow in 2025, with all key accords already in place. Also, Russia is said to be providing both the mig-35 and the Sukhoi Su-35. The US Senate Bob Menendez said if India chooses to go forward with its purchase of the s-400. That act will clearly constitute a significant and sanctionable, and it will also limit India’s ability to work with us on the development and procurement of sensitive military technology. Let’s take a look at the key deals between India and the united states. In May, the state department approved the sale of six p-8 submarine hunting aircraft to India, adding to the 12 Boeing-made aircraft. The country already operates.

The deals all carry the provision that 30 of the manufacturing take place in India as part of Modi’s Make in India initiative. In the coming months. India will pick who will build its new fleet of up to 110 multi-role fighter jets. Lockheed Martin is attempting to sell the f-21 fighter, a variant of the f-16, to India; Boeing’s f-15ex, eagle, two and f, a18e, and f a18f super hornet compete alongside Saab’s Gripen, ef, dasooz, Raphael and Eurofighter typhoon, which is built by an airbus bay systems and Leonardo collaboration. The united states and its formidable defense industry will not abandon these deals or a growing relationship with India at a time when the country has emerged as a crucial ally in deterring China.

However, India is certain that it would not break ties with Russia, but the question will be whether this is going to trigger a wave of sanctions or whether the white house is willing to accept India’s buying of the s-400 system.