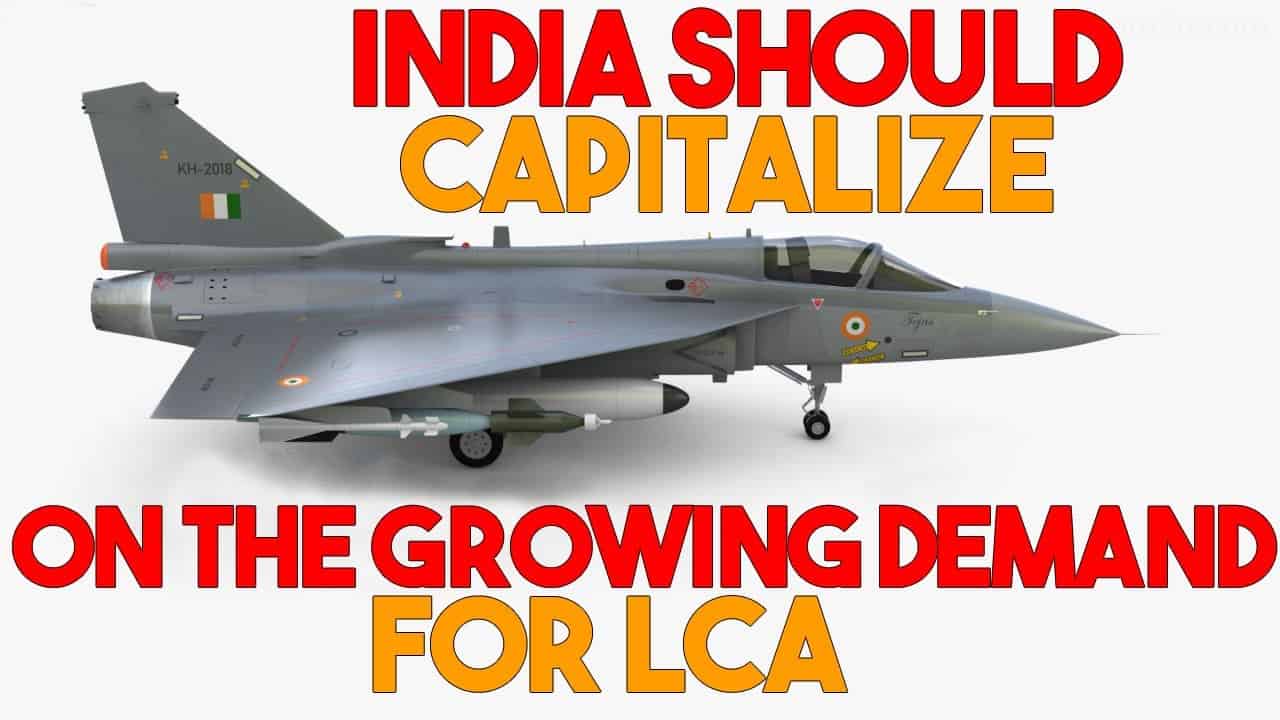 An air force is an essential component of any army. Air superiority provides cover and safety for ground troops and, more importantly, fighter jets are required for any country that wishes to maintain sovereignty over its airspace and maintain its position as a major military force In the world. Currently, fifth generation jet fighters are the most advanced fighter jets. A fifth generation fighter has features like it is unlikely to be detected by radar, so it can avoid detection. Then it got avionics, advancements, high performance, airframe computer systems that are highly integrated and can communicate with other systems to provide situational awareness.

It is important to note that there is a rising demand for light combat aircraft around the world, which is where india hopes to sell its tejas aircraft.

And this is an excellent opportunity for india to capitalize on the growing demand for lca. The light combat aircraft or lca is a fighter aircraft with low weight, cost and other characteristics. The aircraft, also known as like fighters, provides cost-effective design and performance by selecting specific features based on requirements. A well-designed lca can also compete with heavier jets at a lower cost.

As a result, lcas are regarded as strategically valuable assets.

Small fighters are invisible to opposing pilots beyond 6.

kilometers. Larger fighters, on the other hand, can be seen from 11 kilometers away. Also, smaller fighters take longer to be visually acquired, even when they are visible. Because of these factors, the lca pilot is better positioned to fire.

Numerical superiority in the air is also important: low cost and low maintenance aid in the production of more aircraft which, in turn, aids in the production of more pilots. However, one area where lcas fall short is weapon system effectiveness, lcas, have a single engine and thus have a lower combat load capacity. Superior maneuverability and a higher element of surprise, on the other hand, can ensure a better positional advantage when using the weapons. The hull, tedges lca is a single engine.

Fourth generation fighter jets: It is also the smallest and lightest supersonic combat aircraft in its class and one of the most advanced fighter jets in the world.

The fighter development started in the 1980s to replace india’s aging mig-21 fighter jets and production on the fourth generation. Indian jet fighter began recently due to the fact that the program struggled to obtain an operational clearance and by 2025-26 hall is expected to be ready with tejas. Mark ii for series production, the tedges currently has three production models: tedges mark 1 mark 1a and trainer variant, and they are at various stages of production and induction.

India is also continuously upgrading its fighters and with every new batch of hard tejas receiving new advanced features, Foreign components integers, despite the fact that the hull tedges is india’s indigenous fighter jet, It contains many foreign components currently 50 to 65 percent of tejas components are indigenous. With the remainder imported from foreign companies, Initially india intended to use its home-grown kaveri engine developed by the state-run drdo.

However, the engine was deemed ineffective in terms of tej’s requirements.

In the last five years, india has been the world’s largest arms importer, accounting for 11 of global purchases. However, india’s purchases of arms and ammunition have decreased by 21 since 2017… India is now shifting toward domestic production and three countries, including egypt, malaysia and singapore, expressing strong interest in acquiring its weapons.

Apart from malaysia, egypt is also interested in purchasing tejas fighter jets from india to replace their aging fleets and india has offered to set up factories in egypt and produce the tejas jets there way that results in foreign investment and job creation. The move will also assist india in supplying weapons to northern africa and west asia, where several regional conflicts are raging and after the breathtaking performance of hal’s lc8tedges in the skies of singapore. Earlier this year, it has been widely reported that the tejas light combat aircraft from india has emerged as malaysia’s top choice, as this southeast asian country seeks to replace its aging fighter jets and most other countries also showing interest in tejas. However, this was made possible in part by the package deal offered by india to kuala lumpur. The malaysians who were keen to discuss various issues with india are looking for closer ties, because india is the only nation other than russia that is providing them with support for their su-30 aircraft.

As part of the deal, india has suggested building an mro maintenance, repair and overhaul facility in malaysia for its fleet of su-30 fighter planes. In addition to this, india will provide them with upgrades as quickly as they desire. The malaysian air force can also look into alternative options like tejas mark ii and take anchor into account hall’s top executive promised that the company would continue to offer malaysia the same caliber of services that it has been offering. The iaf tejas is a far more advanced aircraft than jf-17 and fa-50, and malaysia would have the option to upgrade its fleet in the future if it chose the indian aircraft.