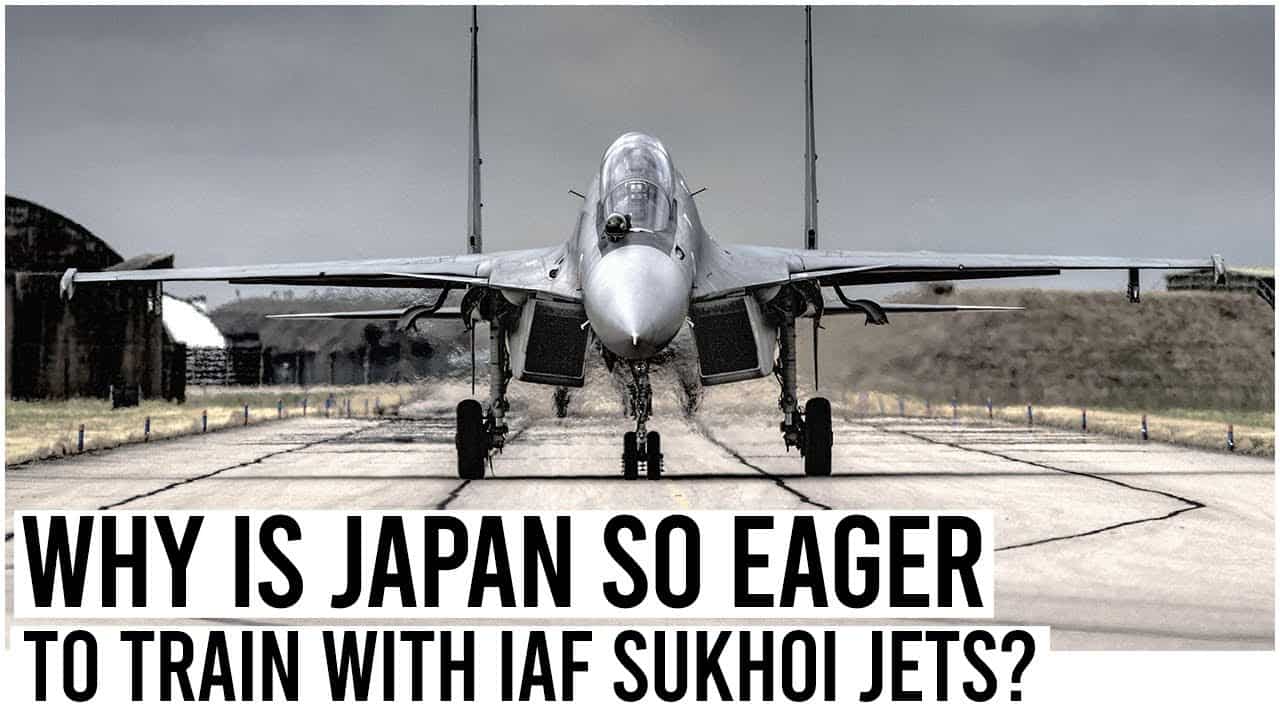 In late 2019, during the first two-plus-two meetings between India’s foreign and defence ministers, the two countries agreed to perform a military exercise using its fighter planes. However, due to the covid 19 pandemic, the scheduled drill had to be postponed. It would have been the first joint training exercise between the two countries, who have previously conducted drills involving warships, land forces and transport aircraft from their respective air forces. The fighter exercise scheduled for mid-2020 would have included the Indian air force sending its Russian-designed SU-30MKI jets to the Akamatsu air base to train alongside the japan air selF-defense forces F-15j fighters, according to the Sankey Shimbun. This will be the first time the japan air self-defence force conducts a training exercise with a Russian-designed aircraft.

According to the report, the Indian air force will send six SU-30MKI fighter jets to the anticipated drill. According to the Sankey Shimbun, the countries had planned to perform a fighter exercise with the japan air selF-defense forces F2 fighters at the haikuri air base in July. The F2 is an indigenous Japanese fighter that is based on the design of the American F-16, but this was also postponed due to India’s covid 19-second wave. It was not revealed where the proposed exercise would be held. The Sankei Shimbun also noted that the SU-30 fighter was also utilized by china’s people’s liberation army air force.

The SU-30 is a multi-role derivative of the SU-27 fighter from the soviet era, and the first export customer of SU-27s was china. Following the procurement of the SU-30 fighter, Beijing produced a number of indigenous variants, including the J-11 multi-role jet, based on the SU-27 design and the J-16 surface attack jet. China also became the first export buyer of the SU-35, the most advanced variant of the SU-27 family, which boasts new engines, enhanced radar electronics and offer increased manoeuvrability. China bought 24 SU-35 combat jets. According to a report released in march this year by japan’s ministry of defence on Chinese military action in the south china sea, china has 3015 combat aircraft, with over 1 000 of them being newer. Fourth and fifth-generation fighters.

According to the Japanese ministry of defence, china has 349 SU-27 and J-11 fighter planes in service, as well as at least 97 SU-30 jets in terms of electronics and radar. The Indian air force SU-30MKI differs from china’s early SU-30 fighters, as well as having engines with thrust vectoring nozzles, which give the aircraft more agility. However, an exercise with Indian jets is expected to help the japan air selF-defense force by allowing it to familiarize itself with the SU-30 family’s basic capabilities, which might be helpful to in both close-range dogfights and long-range. Air-To-Air warfare.