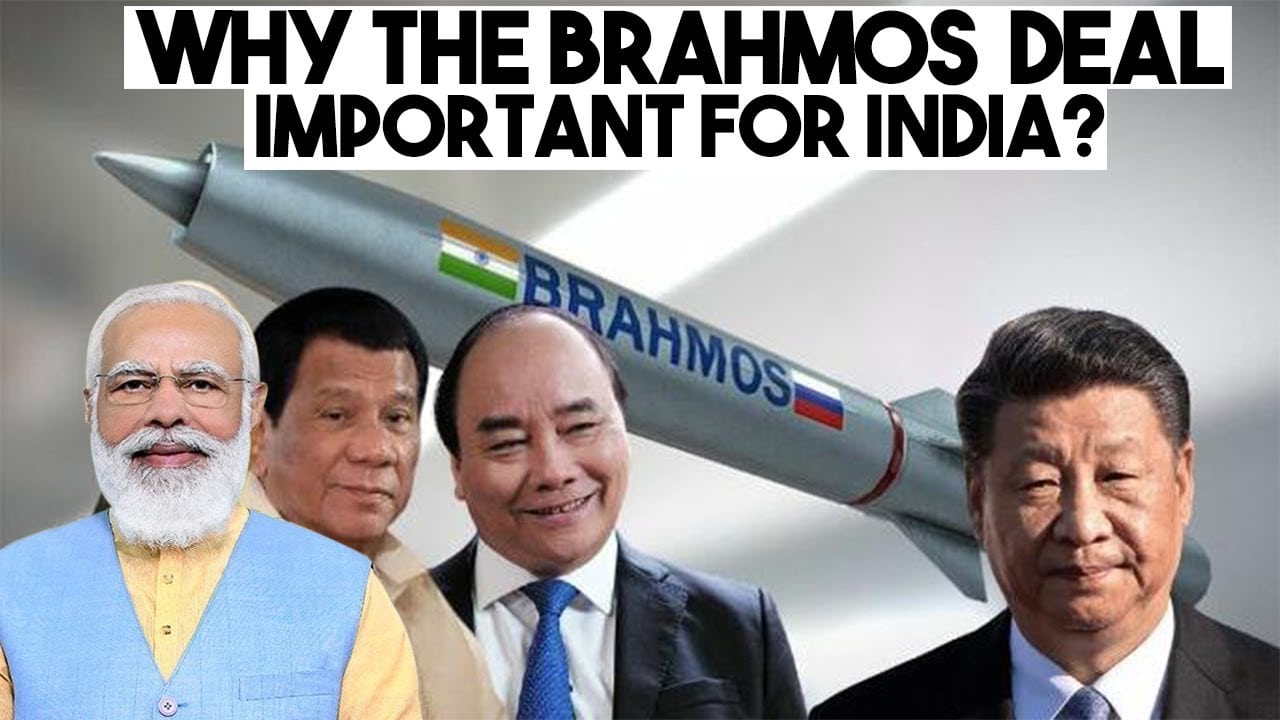 The Brahmos missile is a joint venture between the Russian firm NPO machine, Australia, and India’s defense research and development organization. India holds a 50.5 stake in the joint venture, with an initial contribution of 126.25 million united states dollars. While Moscow holds a 49 stake with an initial contribution of 123.75 million united states dollars, the recent deal between India and the Philippines to deliver Brahmos missiles demonstrates India’s growth as an essential player in the indo-pacific and India has the potential to become a major arms exporter. In the years to come, it needs to ensure that the deal and delivery go through on time, strategic opportunity. China’S territorial dispute is not just with India. China has 17 territorial conflicts with its neighbours on land and water.

On the eastern side, ASEAN members are engaged in a dispute with China in the south china sea. They are losing control of remote islands and atolls and are facing increasing invasions by Chinese fishing. Ships backed up by the Chinese coast guard and India positioned as a security supplier in the Indian Ocean region have assisted Mauritius and Seychelles in building their capacity. Undoubtedly, India is crucial in aiding other democracies, such as the Philippines, in terms of security and economic growth. India has maritime security cooperation with six ASEAN nations and an overall strategic engagement with them, and china’s ascent has provided a fantastic chance for like-minded countries to come together.

India has implemented several initiatives due to its high assertiveness, and the emphasis on activist policy cooperation continued with this clarity, but still, it needed more depth. In 2020, India gifted Myanmar with a submarine from its fleet. It was for Myanmar’s defense in the bay of Bengal; India was led by Sagar or security and growth for all in the region and its commitment to strengthening capacity in neighboring nations. Vietnam, Indonesia, and the Philippines are interested in purchasing Indian missiles to defend their coastlines. For many years, Vietnamese and Indonesian passion was not matched by Indian zeal because the necessity to fulfill domestic orders took precedence. For several years India delayed replying to requests for missiles from Vietnam and Indonesia, possibly because it was concerned about the Chinese reaction.

However, India’s first customer was unexpectedly the Philippines, Vietnam, and Indonesia, who are still interested and are waiting in the wings. South Africa is also a prospective customer. Kenya, the united Arab emirates, and Oman are among the countries involved. The ASEAN members recognized that Chinese dominance in the area obtained through controlling the scs and refusing to proceed on the code of conduct limited their strategic autonomy. Despite Chinese generosity in dealing with the epidemic and bri help of several Asian nations, some feel threatened in the scs.
Previously, the united states were the area’s primary security source, but with its departure, the region was left in a loop. Why the anti-ship missile deal is essential for India, this anti-ship missile agreement is significant because it may lead to similar requests from other southeast Asian countries that have been subjected to china’s invasions. Furthermore, this is a game changer for indo-Russian collaborative military manufacture, and it will be India’s first significant export of weapon systems. It is also a significant boost for India’s actions.
East policy aspires to revitalize historical connections with southeast and east Asian countries. A contract like this will also bring in much-needed income for the country’s military-industrial complex without question. The contribution performed by the defense, research, and development organization in developing Brahmos, a 292 kilometers range cruise missile that is now the finest in its class, provides India an advantage, and the newer variants of the Brahmos in development will enhance range and speed, taking it from supersonic 2
Eight mac to hypersonic five mac. Some ASEAN nations continue to be interested in the shaw-based anti-ship variant to protect their shores. Still, they need the capability to absorb ship-based submarines, launched, or aircraft-delivered Brahmos. Hence India’s original Brahmos remained the default option for export challenges.
The purchase would undoubtedly irritate china so far. The Chinese have yet to respond to the sale of Brahmos to the Philippines, but it will try to exert pressure on the Philippines and other countries interested in purchasing them. India must exercise caution in this regard and devise a coordinated strategy to ensure that the transaction does not fall through. Second, the sino-Russian axis is becoming increasingly critical in northeast Asia, which is part of the indo-pacific region; However, Russia is not involved in the south china sea, and it supports Chinese interests in the area. Third, because a Russian consortium is also participating in the Brahmos production process, the u.
They may oppose it as well because the NPO machine is a target of cancer in a continuously changing environment. This is just another job for Indian diplomacy to manage. This will be a test case for India. You