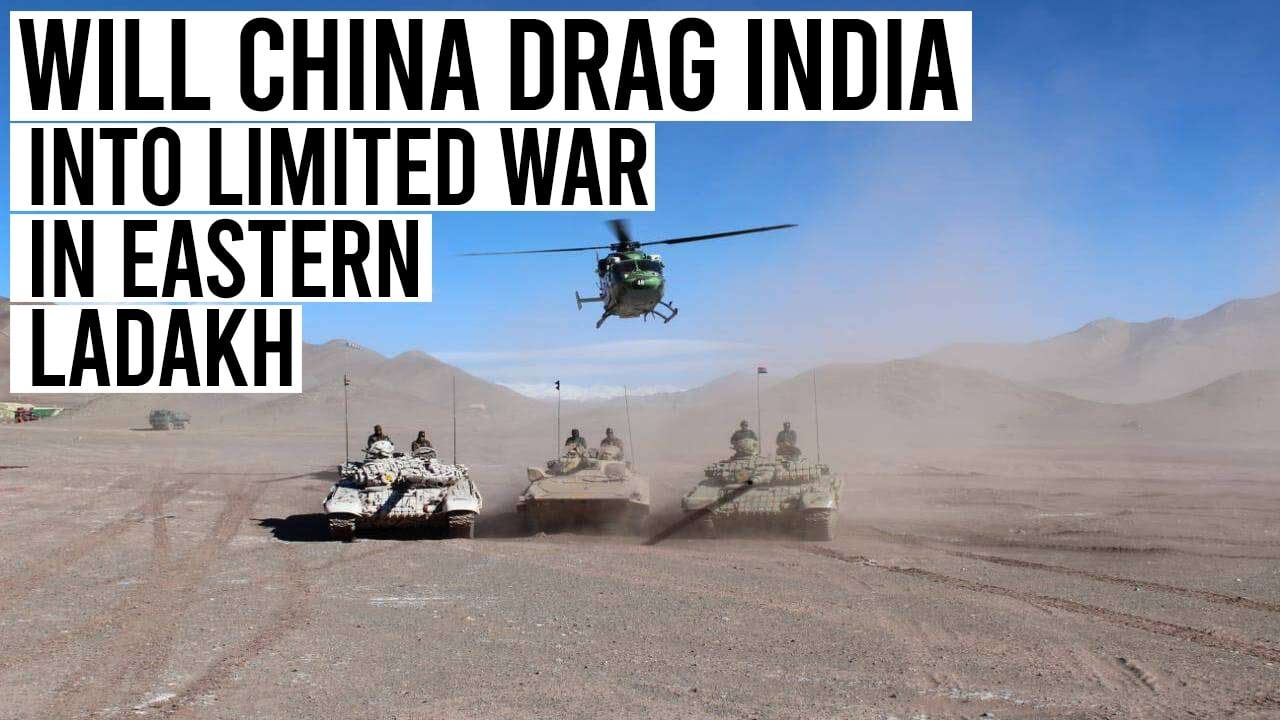 The 13th round of core commander talks concluded on Sunday, the 10th of October, in Moldova in eastern Ladakh. However, no agreement was reached on troop withdrawal at patrolling point 15 in the hot springs area, while the two sides have agreed to additional rounds of talks. The failure of the two commander’s talks to reach an amicable solution based on the previously agreed disengagement and de-escalation process suggests that a short to medium-term armed stalemate could prevail on the border with sporadic border skirmishes or even an intensive limited war possibility.

Why would there be a chance of another tense winter standoff because the Chinese continue to block Indian security forces from entering locations where they had deployed patrols regularly? There have been further intrusions in the southern Demchok region, where Indian forces allegedly cannot patrol over the charring Nala. Also, the Chinese forces have penetrated the central sector’s Barghouti plains and the eastern sectors to wong tracts but have returned after being intercepted by Indian troops.

China also expresses its views regarding India’s vice president’s visit to Arunachal Pradesh, which is an essential and inalienable part of India. Also, the Chinese troops have been deployed in considerable numbers, all along the line of actual control, backed up by a quick and extensive build-up of permanent or semi-permanent infrastructure. On the other hand, unlike the last time, the Indian army is now much well prepared for the winter. There is better infrastructure and better provisioning. An unconfirmed report says that anti-aircraft systems such as the Russian-built s-400 have been stationed in Aksai chin.

This may be done to neutralize Indian aviation assets stationed in greater numbers at air bases in both the western and eastern sectors. The Indian army chief summed up the situation along the border when he said so. It indicates that China is here to stay. We are keeping a careful eye on all of these changes, but if they are here to stay, we will also see the current situation along the lac in the western sector of India and China. Border areas have been caused by unilateral attempts of the Chinese side to alter the status quo in violation of the bilateral agreements.

Hot springs and dem chop continue to pose challenges. The Chinese have now turned it into a problematic sovereignty issue. Previously. They claimed that it was only a territory dispute with winter. On its way, the standoff will continue, and this will be a second harsh winter, with thousands of troops battling each other along the lac.

What should be India’s china strategy in the altered regional and global geopolitics? An assessment of where things stand in India-china relations may be found in a recent discussion paper, India’s path to power strategy in a world adrift, launched on the 2nd of October. In summary, it ascribes china’s increasingly aggressive stance to its interpretation of the shifting balance of power, both about India and the united states. Its major geopolitical competitor and the events at the lac are motivated by a desire to show India china that its strategic relationship with us and participate in the quad cannot provide it with an effective deterrence against china to deal with the china issue. India’S path to power includes both a border strategy and a national plan on the military side.

The paper acknowledges that the Indian armed forces have shown their ability to prevent additional substantial incursion over the lac by Chinese soldiers. However, the firepower required to remove the latter from locations already taken is inadequate. Furthermore, because of the nature of the border, permanent deployments all along the lac are just not possible, even though surveillance and monitoring can be significantly expanded. India’S military forces should be restructured such that it has numerous mobile attack teams that can quickly deploy over the border to secure territory in the event of Chinese incursion. This would offer the Indian side bargaining power, as evidenced by what occurred in south pinging, so in eastern Ladakh. The goal should be to persuade the opponent that such invasions can be costly and hazardous.

In the wider geopolitical context, India has little choice but to enhance its security relationships with other big nations and through a forum like the quad, but India always maintains that such alliances are not intended to oppose china. However, this denial may increase china’s pressure on India. The paper also suggests that India should refocus its foreign policy on the vast constituency of developing nations with which it shares key concerns and interests. India has the potential to emerge as a natural leader of this constituency, which will extend India’s diplomatic space. Despite the chaos and uncertainty that has engulfed the world.
Still, opportunities have arisen for developing economies such as India. This opportunity should not be given up, as many others have in the past. The last round of military-level talks between India and china exchanged harsh words. While India said, it made some constructive suggestions for resolving the remaining areas it found. The Chinese side was not agreeable and could not provide forward-looking proposals. China said that India still persisted in its unreasonable and unrealistic demands, which added difficulties to the negotiations as core commanders’ meetings remained inconclusive.

The foreign minister of India refused to negotiate with any other bilateral subject unless the current stalemate is addressed. In contrast, the defense minister pledged to preserve Indian land to the last inch. Over the past year and a half, India and china, the bilateral relationship has deteriorated like never before, And it will continue to deteriorate further. Hence, India has to be prepared for the change that is coming. You