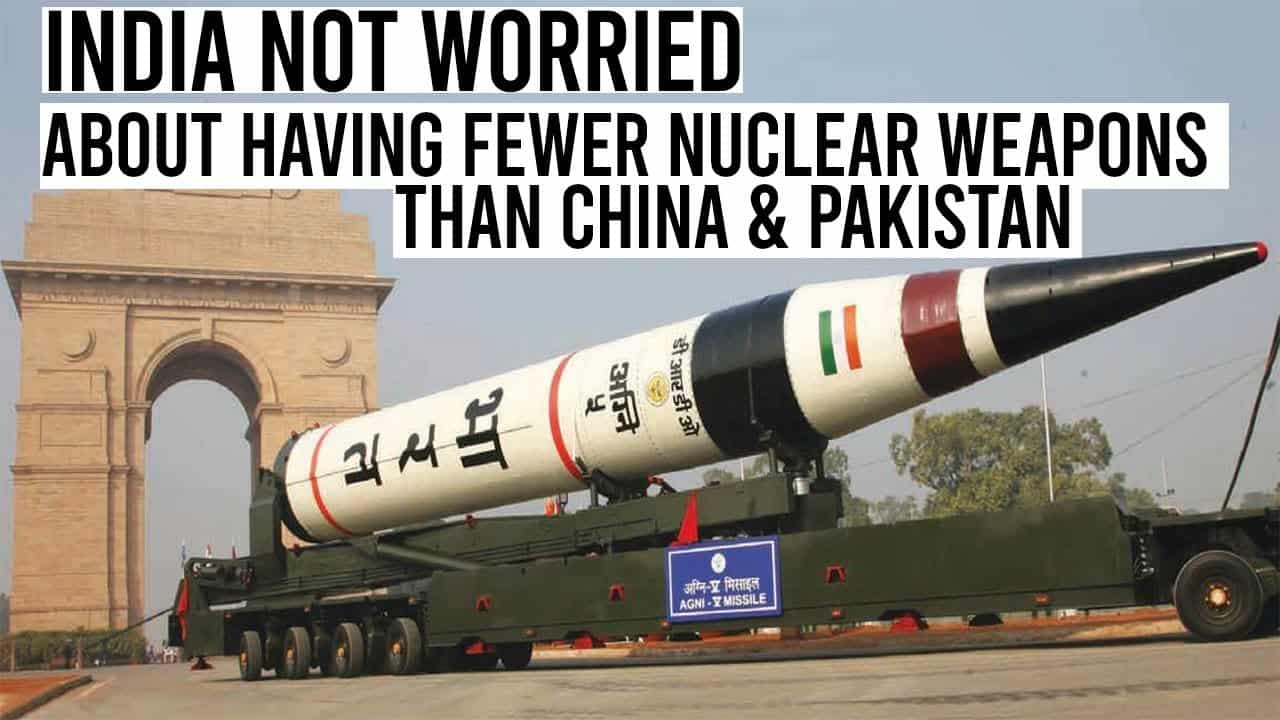 In this way, countries with nuclear weapons are making weapons dangerous and increasing their numbers. According to the report of CIPRI, the total number of nuclear bombs in the world decreased in 2021 compared to 2020, and the number of nuclear bombs used for immediate attack has increased significantly. According to the latest assessment released by Stockholm, international peace research institute this year, the nine nuclear-armed states, the us, Russia, the united kingdom, France, China, India, Pakistan, Israel, and North Korea together possessed an estimated 13 801 nuclear weapons with Russia, 6255 in the u.s 5550 nuclear Weapons leading the rest; the others are France, 290, UK 225, Israel, 90 and north Korea 40 to 50…

According to the report, India and China have increased their nuclear arsenal over the last year with china. Now has 350 nuclear weapons, and Pakistan has won 65 nuclear weapons, while India has won 56 nuclear weapons. China and Pakistan have more nuclear warheads as compared to India. Despite this, India has complete confidence in its strategic deterrence. However, India is not worried about this because it has agni five missiles, which are believed to have a range of around 5 000 to 8 000 kilometers, and Rafale fighter planes, and also with the commissioning of nuclear submarine ins arrogant this year.

And, of course, these figures stated by Stockholm, international peace research institute, are not accurate because overall, many countries keep the nuclear weapons programs secret countries, expanding their list of nuclear weapons. Apart from Russia and the u.s, all seven other countries are either developing or deploying new weapon systems. The Swedish think tank also pointed out that China is significantly modernizing its nuclear arsenal. China’s pace of growth of its nuclear weapons has increased in recent years with the fielding of new weapon systems.

Around 255 warheads are assigned to china’s operational land and sea-based ballistic missiles and nuclear-configured aircraft. India and Pakistan are also expanding their nuclear arsenals. India’s Agni-5 missile nuclear weapons are for deterrence and not for fighting a war, and India is doing well with the development and modernization of its indigenous credible minimum deterrence. Now the tri-service strategic forces command is inducting. The Agni 5 intercontinental ballistic missile with a range of over 5000 kilometers, which is capable of covering entire Asia as well as parts of Europe and Africa.

Similarly, after some Sukhoi, 30 mki mirage 2000, and jaguar had previously been modified for that role, the new Rafale jets were used for the delivery of nuclear gravity bombs. India’s plan to build nuclear-powered attack submarines could be bad news for china. For now, the nationalist government of prime minister Narendra Modi favors the nuclear option, and this government-approved plan to build nuclear-powered attack submarines and the first three indigenous nuclear attack submarines to be 95 made in India. In addition to attack submarines, India already has one nuclear-powered ballistic submarine SSBN, the ins Arihant, in service with a second SSBN, the aragat, armed with k-15 missiles with a 500-mile range. These boats are part of India’s strategic triad of land-based ballistic missiles and nuclear-armed fighter bombers aimed at India’s nuclear-armed rivals, Pakistan and china.

There are also plans to build two seven-thousand-ton SSBNs. In addition, an even bigger 13 500-tonne SSBN is also being planned, while the new k4 missiles with a strike range of 3500 kilometers and now virtually ready. Pakistan does not yet have sea-based nuclear weapons, although it has tested 450-kilometer range baba three cruise missiles. For deployment on diesel-electric submarines and expanding its plutonium production capacity for nuclear weapons, china is far ahead with its type 094 or jin class submarines. Armed with the 7400-kilometer Jl-2 missiles, countries like us Russia, have SSBNs with missiles with a range of more than 5000 kilometers.