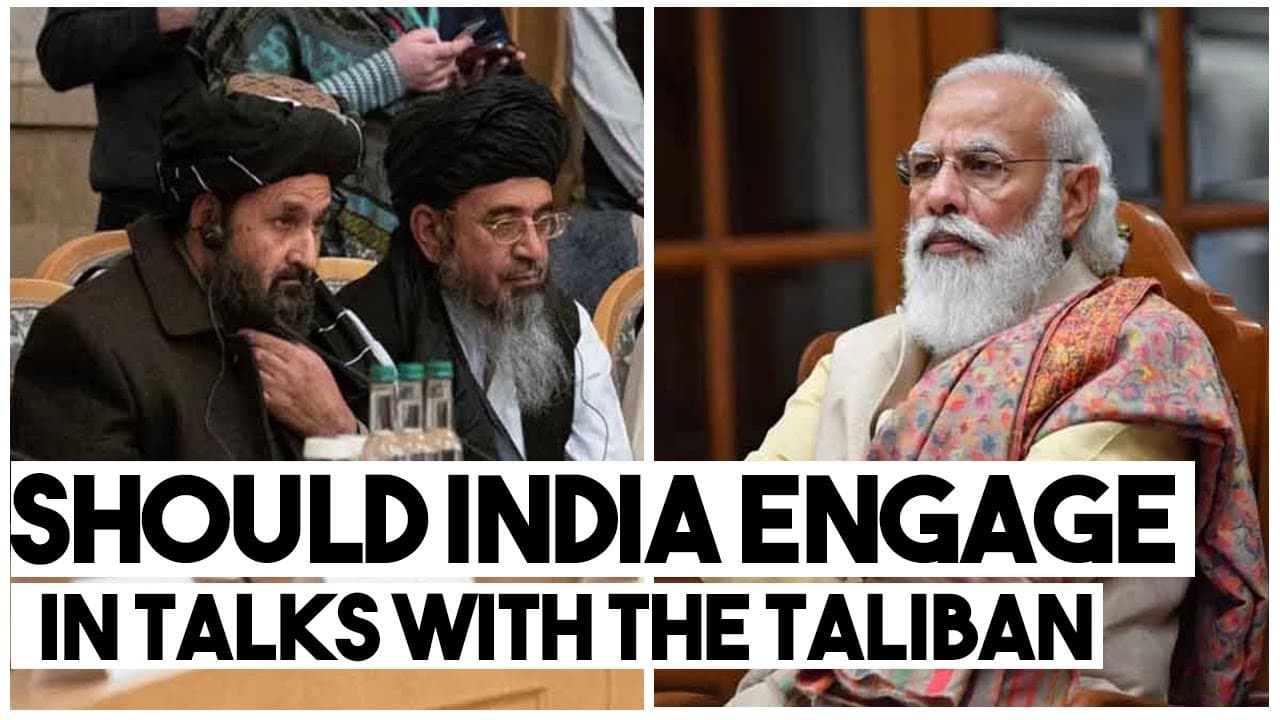 After defeating the world’s sole superpower and the most powerful military alliance, there are reports that the Taliban is in talks to form a government based on the Iran model to administer Afghanistan through a governing council, similar to what happened in 1996. On the other hand, India confirmed on Tuesday that it is talking with the Taliban and, at the same time, it maintains that Afghanistan’s government must be democratic. According to the American expert, the BRICS and SCO summits this month may present an opportunity for India to coordinate its changing policy toward Afghanistan with its institutional allies, allowing him to manage the situation more effectively. The analyst said, with the official acknowledgment of talking with the Taliban. It is essential that India does not reverse its course till the Taliban retracts its claims of having good relations with India, and this must occur regardless of Afghanistan’s governance system.

The analyst said: the Taliban government, based on the Iran model, shouldn’t concern India. What is the strategic value of India’s relationship with the Taliban in Afghanistan after 20 years of unparalleled access in Kabul? India, at present, is being marginalized, even isolated from Afghanistan’s future dispensation. So should India engage in talks with the Taliban, given the prevailing geopolitical circumstances, it has broader strategic importance and maintaining a good relationship with the Taliban is more important than ever because India does not want another extreme country, and some countries consider Afghanistan to beat strategic depth in their Struggle against India.

There are also other reasons: Afghanistan is located in a strategic location because of Iran’s sabbath port, which is the key gateway to the international north-south transport corridor that has sea rail and road routes between India, Russia, Iran, Europe and central Asia and south Asia. Should India pursue a wait-and-see approach to reach out to the Taliban before reviewing their behaviour on the ground, it is hardly the greatest method to protect and preserve India’s interests. If the Taliban remains anarchic and unreformed, India will only lose and not gain anything from engaging with them.

At best, India will be allowed to retain its embassy in Kabul, which is good, but this embassy will be powerless to act if the Taliban are Pakistani proxies or puppets. The Indian mission in Kabul will be useless, so there is no reason for India to panic. Even if it is difficult for India to maintain its presence in Afghanistan, India should show some strategic patience and wait for things to turn around because nothing ever stays the same in Afghanistan. Things will invariably shift partially as a result of the Pakistani overconfidence and Partially, because the world will no longer be able to turn a blind eye to the Taliban’s anarchic acts, if they continue to do what they are doing today, they will end up like before. Eventually, history will repeat itself, so instead of attempting to reach out to the Taliban and tarnishing its own image, India should wait and see how the Taliban treat their own people, their attitude toward India’s development projects in Afghanistan and whether they once again make Afghanistan a terror. Central or actually live up to their promises not to allow Afghan soil to be used against any other country.
India can consider engaging with the Taliban until they have proven themselves to be worthy of it.