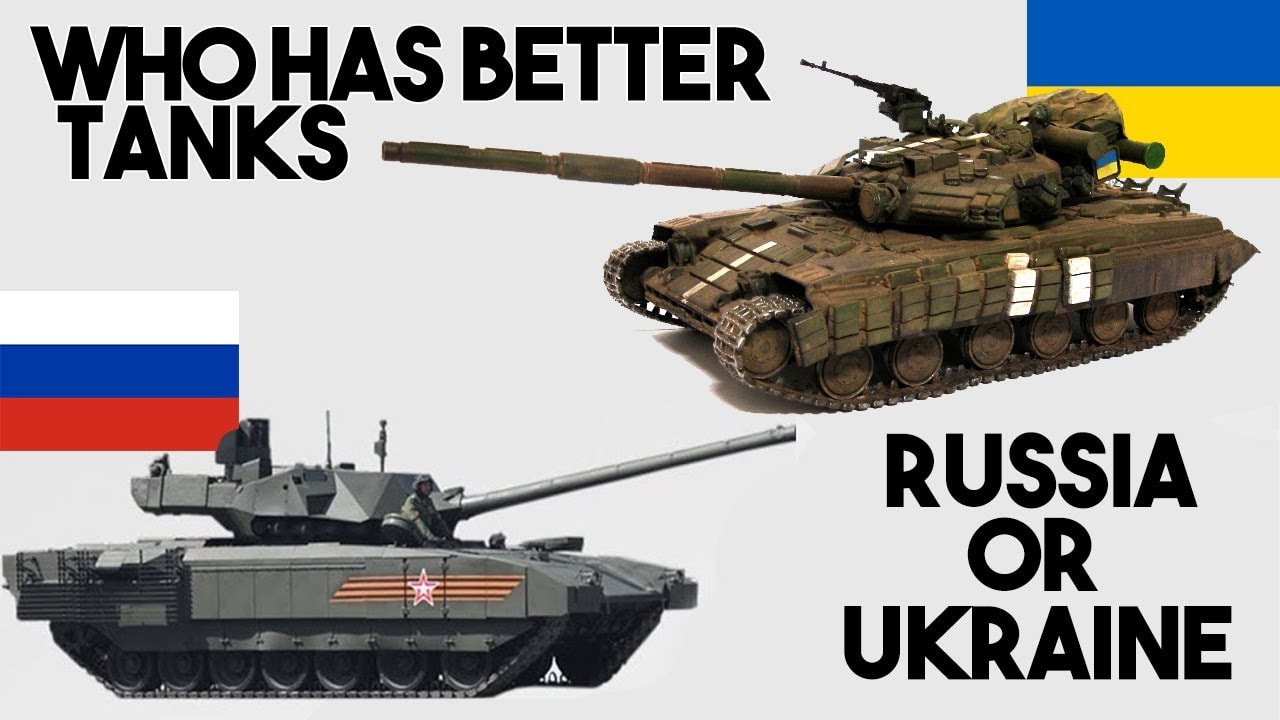 Comparing one tank to another is pointless if the two never meet in combat. Both sides will deploy tanks if President Putin decides to invade Ukraine. Since the end of last year, Ukraine has been receiving military aid from the united states and other nato allies, including weapons that nato hopes will be sufficient to deter a potential Russian invasion. One argument is the military. Assistance to Ukraine would make Russia’s victory much more difficult, but increased military strength for Kyiv may cost the kremlin financially and in terms of lives.

Some hope this will cause domestic political problems for President Putin and prompt him to reconsider an invasion, and other experts believe that all efforts are meaningless and that arming Ukraine further brings Russia closer to an invasion. In any case, if and when an attack occurs, increased Ukrainian capability will be insufficient to compete with Moscow’s prowess, and most of the fighting would take place on the ground. So, let’s see each country’s fighting vehicle capabilities who has better tanks, Russia or Ukraine, Ukraine. According to a global data, 2021 equipment inventory of Ukrainian military equipment, the country currently owns approximately 12 300 armored vehicles, of which approximately 2 550 at tanks on a global scale. Ukraine is ranked 6th and 13th, respectively.

This includes main battle, tanks, light tanks, and tank destroyers. Ukraine has some of the same tank models as Russia, but Kyiv’s best tank. An updated t-64 is uniquely Ukrainian. The t-64 main battle tank was a cold war oddity. The 40-ton vehicle designed by Ukraine’s Kharkiv tank factory represented a significant improvement over existing t-55 and tanks when it entered service in the mid-1960s; the t-64 was more than capable of the task.

This particular tank was provided with certain capabilities that were more advanced than nato tanks, wrote u.s army major James Warford in a thesis published in 1992. Today, the Ukrainian armor corps possesses 410 old t-64 bvs, 210 t-64bv modification, 2017s, 100 t-64b embellish and around 130 t-72s. Another thousand tanks are in storage in general, and the upgraded t-64s are technologically superior to most Russian tanks about the t-64bv Kharkiv armored plant in Ukraine has announced that it is testing its most recent modernization of the t-64bv main battle tank. The military conflict would put Ukraine’s mainstay t64 bv and, by extension, kiev’s tank procurement strategy to the test.

The t-64bv tank of the 2022 model received new radio stations to replace the old soviet ones. The tank is an improved version of the t-64b main battle tank with improved anti-radiation protection and more explosive reactive armor. The vehicle now has an automatic breech-loading system and a crew of three instead of four. The t-64bv has a maximum road speed of 45 kilometers per hour and a cruising range of 600 kilometers and 373 miles. T64 bv standard equipment includes an NBC system that protects the tank from weapons of mass destruction and infrared night vision equipment for better nocturnal missions.

The tank also has two snorkels for deep forwarding and a laser rangefinder. It also fires guided missiles. The t-72 main battle tank is another soviet-built main battle tank. Kyiv operates an impressive 3600 t-72s, including the variants t72 ua1, the t72 b1, the t72av, and the t72a. The armament of the t-72 is equal to the t-64s, and it can carry 45 rounds of 125 millimeters of ammunition, of which 22 rounds are carried on an automatic loading carousel.

The t-72s protection includes armor plating with combined armor arrays over the front, lock Russian tanks. Russia has the world’s largest tank fleet, with over 12 400 tanks. The country’s total number of armored vehicles exceeds thirty thousand one hundred, placing Russia third, fifteen thousand and five thousand vehicles short of the American and Chinese fleets. The tanks include the most recent t-90s as well as upgraded t-72s. The t-90s is the latest development in the t-series of Russian tanks and offers an increase in firepower, mobility and protection.

Russia, for its part, kept thousands of t-64s and t-80s, but their numbers have steadily declined over the years today, the Russian army has abandoned the majority of t-64 variants in favor of t-72 models, which are easier to build and maintain the t90. The t72 variant borrows some of the t80s best features, including composite armor, but retains the t-72’s basic automotive systems. Next generation mbt, the t14 armata developed by euralvagonzavid, is a new generation. Russian tank, the mbt, was unveiled in 2015 with the country’s goal of producing 2 300 tanks. However, due to high costs, mass production of the vehicle was delayed and only about 20 vehicles are known to be operational.

Russia managed to field-test it in Syria. The t14’s hull is divided into three compartments: a crew cab at forward, an unmanned remote, a controlled turret in the center, and a power pack at the rear. The tank measures – 10.8 meters long, 3.5 meters wide, and 3 meters high and has a combat weight of 48 t. The commander and gunner are provided with multi-spectral sights, visible scopes, thermal channels, and laser rangefinders. Survivability is further enhanced by nuclear, biological, and chemical protection. Automatic fire suppression systems and smoke grenade discharges, the commander’s sight mounted on top of the turret, offers a 360 degrees field of view. At the same time, the gunner’s site is fitted with a direct vision, periscope, and a laser designator, a total of 20 t-14s is unlikely to be the Main source of Kyiv’s concern. With the recent delivery of a slew of various anti-tank missiles, Ukraine could seriously challenge a Russian advance. However, given that Moscow would only need to deploy a fifth of its tank fleet to compete with its western neighbor, the t14s could significantly improve a battalion’s capabilities.

In that context, it’s unclear how well Kyiv’s t-64s would perform in a more extensive operation with their crews under stressful conditions, and tanks, on the other hand, are part of larger, combined arms operations. The main point is planning training, leadership, and battlefield. Discipline is more important than the finer points of one piece of equipment or another. You